Reeva’s spirit came with the dolphins today, says her mom

June and Barry Steenkamp said they had a special moment remembering their daughter on the beach today. 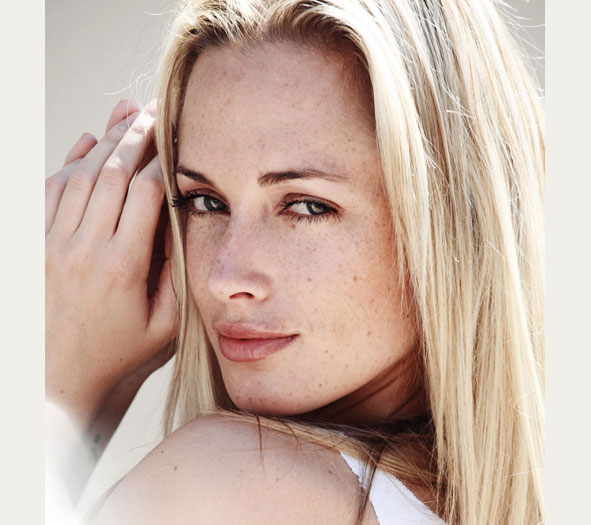 Dolphins signalled the spirit of Reeva Steenkamp on Tuesday in Port Elizabeth, as her family remembered her four years exactly since her tragic death.

“We went down to the beach where her ashes are. The dolphins actually arrived on the scene and it was really, really amazing,” Reeva’s mother June Steenkamp told The Citizen. 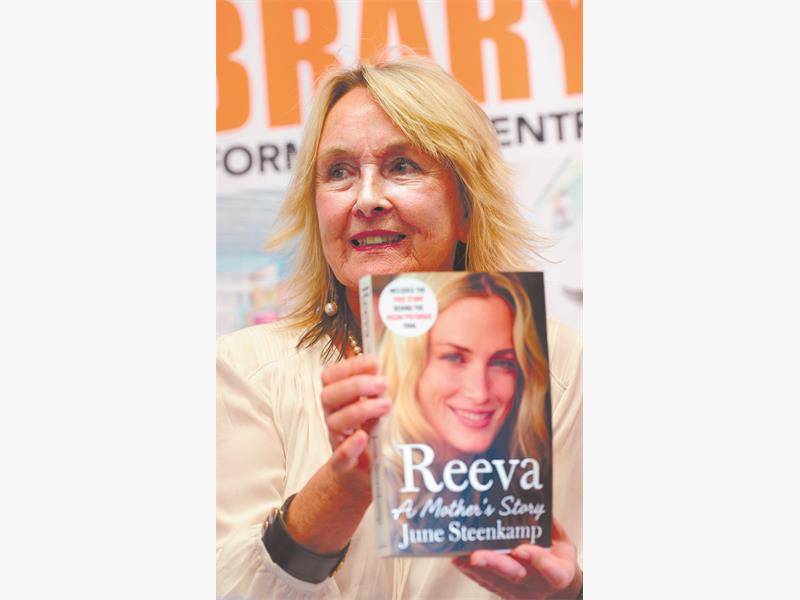 HEARTFELT. June Steenkamp with her book Reeva: A Mother’s Story at the University of Johannesburg. She spoke about the life of her daughter, Reeva, who was shot by Oscar Pistorius in 2013.
Picture: Nigel Sibanda

“It was such a miracle today. It was such a special and real feeling when they arrived. We put her ashes there because the dolphins are there. She loved them.

“That’s why we chose that beach. It was a beautiful day. It’s very soothing for us to go and do that. It’s very special to Barry and I.

“They came right in front of us between the rocks. She is there – I got that feeling.”

The Steenkamps make a point to visit the beach on Reeva’s birthday and on the anniversary of her death, she said.

She was shot dead through the toilet door by Paralympian Oscar Pistorius four years ago at his Silverlakes home in Pretoria, on Valentine’s Day. He is currently serving time for murder after his culpable homicide conviction was overturned by a Supreme Court of Appeal ruling. 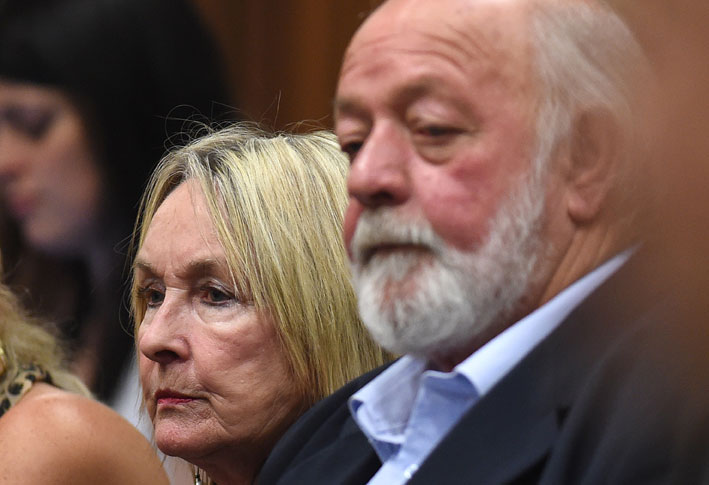 Barry and June Steenkamp, parents of Reeva Steenkamp, listen as judgment is handed down in the murder trial of Oscar Pistorius at the High Court in Pretoria on Thursday, 11 September 2014. Picture: Phill Magakoe/Independent Newspapers/ Pool

Pistorius has constantly maintained he mistook Reeva for an intruder. He was found guilty of murder on the basis that he should not have shot through the toilet door even if he believed there had been an intruder, as that in any case amounted to the crime of dolus eventualis.

Steenkamp went on to thank all those who had offered them support during their ordeal.

“It is amazing the support we have had from people and I would like to say thank you to all those people. It is very comforting, all the support from everybody.”

Reeva was guiding her, she said, especially with the work she now does through the Reeva Rebecca Steenkamp Foundation, which empowers women and children against abuse.

The foundation was launched in memory of Reeva and, through its work, aims to create a place of safety for women and children who fall victim to abuse.

“She guides me in a lot of ways, because she was also working against abuse.

“The day that she died, that she was murdered, she was actually going to a school to speak to girls about abuse, but she died.

“We have a pack now that is going out to the schools, education wise,” she said, speaking of the foundation.

Within the packs were several points to show you that you might be in an abusive relationship, said Steenkamp.

“We are getting along with the work really well. But it’s difficult with the support against abuse; it’s not an easy thing to do.”

In Reeva’s honour, her cousin Kim Martin attended the court case of a girl who was murdered, said Steenkamp.

“She was there for Reeva and all the others. This domestic abuse is escalating every day.”

Speaking on the wellbeing of herself and her husband Barry, Steenkamp admitted it was still a struggle every day.

“Barry hasn’t been well, with the stroke after she died. It’s been very hard for both of us, and everybody asks how you are doing, are you better? And it’s never going to be better. Every day we think of her and miss her.

“She was such a beautiful child and a big part of our lives, and that is missing now.”