The Durban University of Technology student has been in prison for six months. 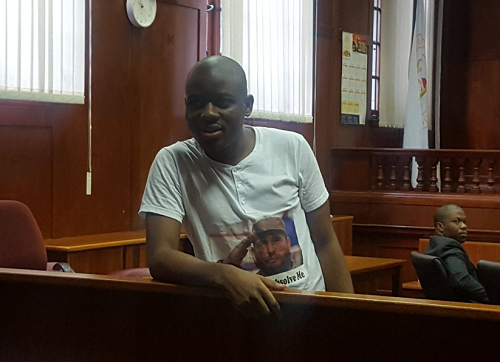 Chief Justice Mogoeng Mogoeng cautioned advocate Mpofu against submitting ‘conspiracy theories’ and political statements in his bid to free Fees Must Fall activist Bonginkosi Khanyile on Wednesday morning. He was speaking during the Constitutional Court hearing on the student’s multiple bail refusals.

During his second bail hearing in Durban last year the state had submitted President Jacob Zuma’s order for a clampdown on violent student protests as a factor to consider refusing bail. Mpofu said that this was an egregious breach of the constitution. The advocate also suggested that Khanyile’s continued detention was an attempt by the state to make an example of the student in a bid to heed Zuma’s call.

Khanyile was not a flight risk and should not be held on the likelihood that he might attend another illegal gathering, according to Mpofu.He was pleading with the Constitutional Court Justices on Wednesday to consider these among other facts in a bid to have the students bail refusal at the Durban Magistrates Court last year deemed unconstitutional. The Durban University of Technology student has been in prison for six months.

He failed his third bail attempt in December at the  Pietermaritzburg High Court before approaching the Supreme Court of Apeal (SCA) in January this year. This after the Durban Magistrates Court twice denied him bail after his second arrest in September last year.

Mpofu also suggested that Khanyile’s alleged utterances during clashes between students and police last year, in which he purportedly said ‘moer them’ referring to police officers, was not a constitutionally apt reason to keep him in jail.  It cannot be in the interest of justice, said Mpofu to keep a student merely on the merit of his utterances in the heat of the moment