This after a Toyota Quantum rammed into a concrete bus terminal, leaving eight passengers dead and others critically injured. 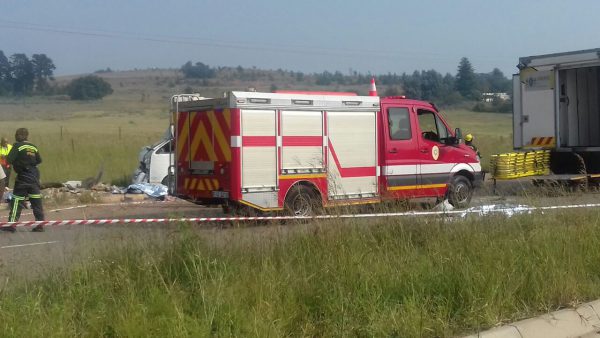 Don’t be counted as one of the taxi drivers who kill innocent people.

This was the message from the SA National Taxi Council (Santaco) to all taxi drivers on Thursday following the tragic accident involving a minibus taxi along the Old Vereeniging Road.

The incident, in which a Toyota Quantum rammed into a concrete bus terminal, left eight passengers dead and others critically injured.

“I think the taxi driver thought the bakkie in front of him was driving too slowly. He then decided to move to the emergency lane, unaware that there was a concrete bus stop and because everything happened so fast, the only thing I saw was the taxi smashing into the bus stop.

“Honestly, from what I saw before the incident, the taxi was travelling very fast and it is not surprising so many people lost their lives,” said Solozi.

Gauteng police spokesperson Kay Makhubela said the official stats they received indicated that eight people had died in the accident.

“We are still waiting to hear from the investigating officer and we will get more details then,” Makhubela said. He said the incident happened just after 5am on Thursday.

Meanwhile, Santaco president Bafana Magagula appealed to all taxi drivers to learn from Thursday’s incident, stressing that if the driver is guilty, the law must take its course.

“We were not able to go to the scene, but from what we have heard there was an element of reckless driving and we want to say that if human error caused this tragic incident, then the driver involved must face the music.

“As Santaco, we also want to send our heartfelt condolences to the bereaved families and to the public at large,” Magagula said.

Traffic had to be redirected with parts of the road remaining closed for several hours to allow investigators to do their work.