D-day for Sassa and Dlamini

CPS has said that if a deal isn't struck today, it won't be able to pay grants next month and no one else seems capable of doing it. 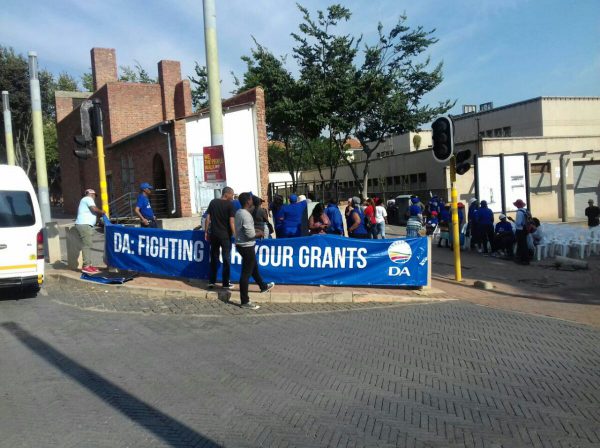 Although it seems quiet outside the Constitutional Court in Johannesburg, a few DA activists have been spotted dressed in their blue and white colours.

Today marks another important day in the history of this country as the Concourt is expected to make a ruling in the much-talked-about and sensitive issue of the unresolved social grants contract issue.

Social Development Minister Bathabile Dlamini is expected to explain to the court how her department and Sassa intend to solve the issue over who will be awarded the contract of administering the payments of social grants.

The contract with Cash Paymaster Services (CPS), which comes to an end at the end of this month, was in 2014 found to have been invalid by the Concourt.

Reports that the department was in talks with the same company with the view of entering into a new contract have been met with criticism from various quarters, with some describing the negotiations as undermining the highest court in the land.

CPS’s CEO also said if a new deal is not reached in the next few hours, there might a possibility that millions of grant beneficiaries might not be paid come April 1.

Minister Dlamini has reiterated that no beneficiary will go unpaid come April 1.

She accuses the media and opposition parties of creating unnecessary panic among beneficiaries.

ANC Women’s League members have not been spotted as yet at court but they confirmed they would be there to support their embattled leader.

Sassa payment dates: When to collect the R350 SRD grant in December
18 hours ago
18 hours ago

Sassa payment dates: When to collect the R350 SRD grant in December
18 hours ago
18 hours ago