Oakbay Investments and Sahara have also accused the minister of being involved in a campaign to 'clip the wings of the Gupta family'. 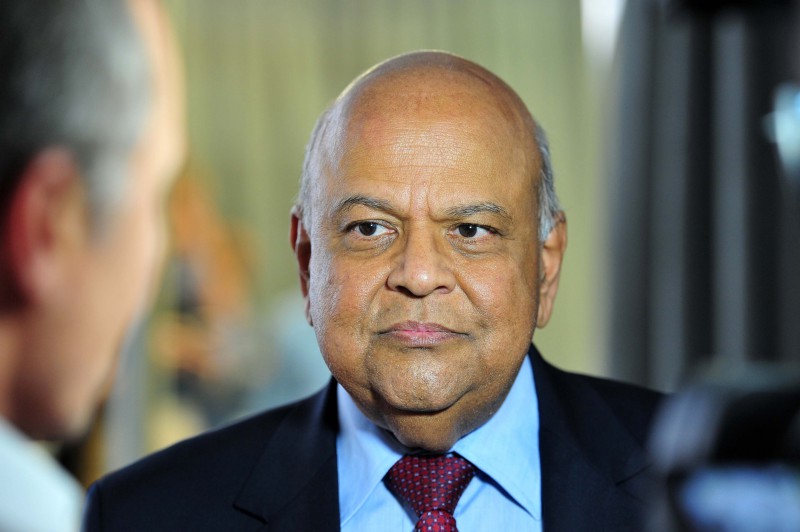 Gupta company Sahara Computers has accused Finance Minister Pravin Gordhan of trying to co-opt the court to aid him in his political fight with President Jacob Zuma and the Cabinet.

Sahara on Monday filed additional heads of argument with the High Court in Pretoria, in which it seeks a personal punitive costs order against Gordhan and argues that the minister had embarked on a “frolic of his own” and was trying to “score political points” by persisting with an application that ought not to be ventilated in a court. Sahara will seek a punitive costs order against Gordhan personally.

Gordhan’s application for a court order declaring that he cannot interfere with the decision of South Africa’s four major banks not to do business with the Guptas and their companies will be heard before a full bench of the High Court on Tuesday.

Oakbay Investments and Sahara have filed papers seeking the dismissal of the application and accusing the minister of being involved in a coordinated political campaign to “clip the wings of the Gupta family”.

Sahara maintained all of the Gupta companies agreed with the minister that he had no power to intervene in private banking relationships between banks and their clients, but he nevertheless persisted with the application. The company suggested that Gordhan was abusing the court’s jurisdiction in order to influence political outcomes and to prevent a proposed inquiry into South Africa’s private banking sector.

“The minister seemingly believes that it will not be in South Africa’s best interest if the banks are subjected to the scrutiny and accountability being contemplated by the Cabinet.

“The minister would prefer that the banks enjoy a ‘curve out’ from executive accountability … that the banks should not be accountable to the Republic’s democratically elected leadership – even within the confines of the law,” Sahara submitted.

Sahara maintained the court should resist the temptation to be put at the centre of a contentious political debate “in which it has no role to play”. Oakbay Investments in court papers described Gordhan of being a “weak-kneed politician” and his application as bizarre, superfluous and riddled with factual and legal errors.

Gordhan in his affidavit revealed how R6.8 billion in “suspicious and unusual transactions” may have contributed to a decision by the banks to close accounts associated with the Gupta family.

The payments are listed in a Financial Intelligence Centre (FIC) report attached to court papers, but Oakbay accused FIC of acting unlawfully in releasing the information to Gordhan.

Gordhan says Oakbay ‘badgered’ him to intervene in dispute with banks