WATCH: ‘Get these people out of here’ – Solly Msimanga in angry showdown with ANC

The tension between Tshwane mayor Solly Msimanga and disruptive ANC councillors reached crisis point, with law enforcement called into break up the protest. 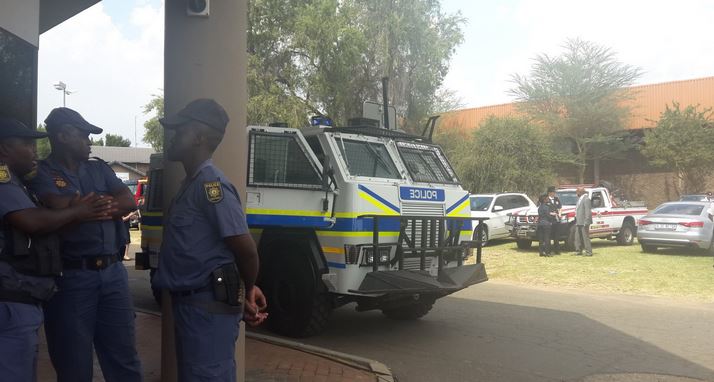 The police outside the Tshwane council chambers. Image: Rorisang Kgosana via Twitter

Msimanga was expected to give his first address under the new DA administration, but the ANC caused disruptions, chanting that the address should be postponed to commemorate the life of Solomon Mahlangu.

Msimanga angrily confronted the ANC councillors, shouting that they be thrown out of the council chamber.

An angry @SollyMsimanga personally addresses ANC councillors telling them to GET OUT! #SoCA17 #Tshwane pic.twitter.com/hcjdeQ6Igw

But ANC says they’re waiting on Speaker for #SoCA17 to proceed. “We don’t want any Marikana here”. #Tshwane @SollyMsimanga pic.twitter.com/YhCCtrYanU