Despite not being a Cabinet minister or a member of parliament, Dlamini-Zuma continues to enjoy top security. 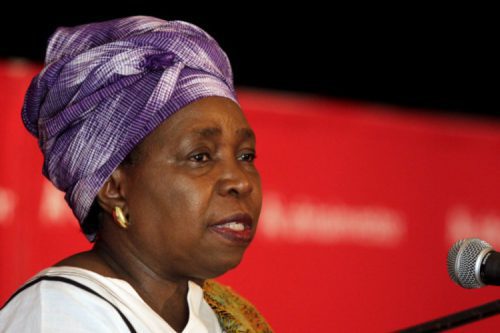 African National Congress (ANC) presidential hopeful Nkosazana Dlamini-Zuma continues to receive VIP protection in spite of government confirming earlier this month taxpayers will not be paying for the service now that she is no longer the chairperson of the African Union.

The department of international relations and co-operation confirmed to Sunday Times two weeks ago it had paid for Dlamini-Zuma’s blue-light convoy and security detail as a “courtesy” she had to use while doing party work since her return to the country on March 15.

The services were extended to her only until the end of March.

“The courtesies included the provision of ground transportation and police VIP protection since her return, till March 31 2017,” the department’s spokesperson, Nelson Ngwete, said at the time.

Dlamini-Zuma and Deputy President Cyril Ramaphosa are seen as frontrunners for the governing party’s top job to succeed Jacob Zuma when he steps down in December as ANC president.

Speaking at an ANC cadres’ assembly in Sasolburg, Free State, on Thursday, Dlamini-Zuma said the party had to take control of its own narrative, claiming that some schools and even universities in the country were conspiring against the ANC.

“Can we go back and just see what our kids are being taught in these model C schools; they are actually taught against the ANC,” she said.

“…It’s not surprising that the kids will think the ANC is corrupt, the ANC is useless … because that’s what they are fed in school. I think that must also be transformed.”

She also expressed her support for new finance minister Malusi Gigaba, saying only through radical steps can the necessary changes in the finance ministry and financial sector can be achieved.

However, when asked by reporters about her security detail, she avoided the questions, leaving Free State premier and ANC provincial chairperson Ace Magashule to answer questions.

Nkosazana Dlamini-Zuma says ‘we don’t yet have the economy’