Tony Beamish and senior attorney John Cameron have accused each other of defamation. 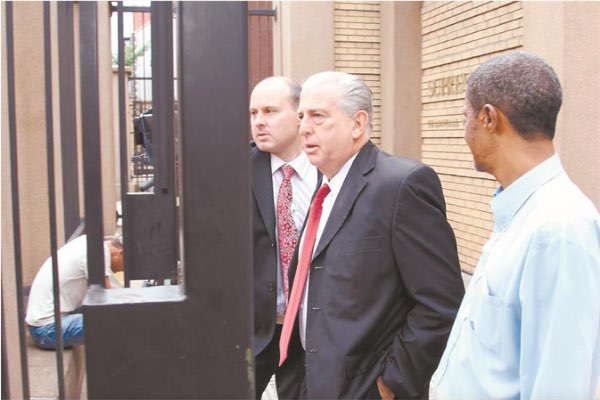 A senior journalist and the attorney acting for controversial personal injury lawyers Ronald and Darren Bobroff have accused each other of defamation.

Tony Beamish instituted a R1 million claim for defamation against senior Johannesburg attorney John Cameron, but the attorney in turn accused the journalist of defamation and making false and malicious statements about him.

Beamish wrote a series of articles about former Johannesburg attorneys Ronald Bobroff and his son Darren for allegedly overcharging clients in claims against the Road Accident Fund.

The Bobroffs were struck off the roll of attorneys and were in March provisionally sequestrated because of their failure to repay the clients they allegedly overcharged.

The pair fled to Australia last year – allegedly to avoid possible criminal charges – but according to Cameron they denied any wrongdoing and wanted to appeal their striking-off.

He said they were temporarily residing overseas because of threats of violence against them.

Cameron represents the Bobroffs in a defamation suit of almost R24 million instituted against them by Beamish and four Johannesburg attorneys.

The Bobroffs blame Beamish and the attorneys for their financial and legal woes and the publicity surrounding their case.

Beamish instituted a damages claim against Cameron as well after Cameron filed a legal notice requesting further information and documentation from Beamish and the attorneys.

The veteran journalist alleged the notice repeated the Bobroffs’ malicious and offensive statements about him and that Cameron had ceased to act as an independent professional, made common cause with the Bobroffs and became their alter ego.

He alleged the notice intended to portray him as untrustworthy, wicked and disgusting, damaged his reputation and was filed to help the Bobroffs avoid or delay the filing of a plea in the defamation suit.

Cameron took strong exception to the allegations and applied for a punitive costs order against Beamish and his attorneys.

He said in court papers they had chosen to continue with the defamation claim against the Bobroffs despite knowing that the pair’s sequestration suspended the action.

He had filed the notice to avoid default judgments against his clients.

The claims will probably only be ventilated in the high court in November this year.