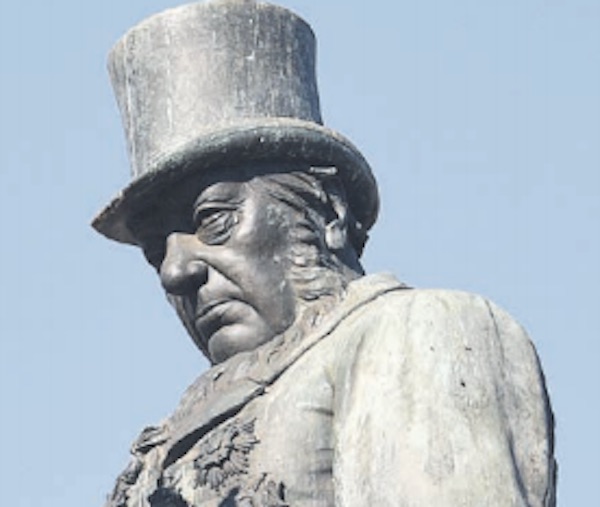 The Economic Freedom Fighters (EFF) in Tshwane yesterday congratulated their coalition ally, mayor Solly Msimanga, for a balanced budget but echoed the ANC’s call for the removal of the statue of Paul Kruger in Church Square.

Last week, Msimanga tabled his budget speech and said a new monument – the Lalela Freedom of Expression Monument, an open-air entertainment hub in Church Square that features the legacy and work of historic icons – would be created.

ANC members called for the removal of Paul Kruger’s statue, arguing that “the origin of colonialism should be identified”.

ANC leader in council Mapiti Matsena told The Citizen that the party’s call for removing the statue was based on a national policy of reconciliation, nation-building and social cohesion.

“Removal of the statue of Paul Kruger must be part of the transformation agenda. The diverse voices of all citizens of Tshwane must be allowed to express themselves, but guided by the law in our efforts to alter the national heritage landscape.”

Spokesperson in the ANC caucus Lesego Makhubela said had the party won the local government elections last year, a discussion would have been held on the public’s view on the statue. Their sudden call for its removal was sparked by Msimanga’s willingness to spend money on the “oppressive monument”, Makhubela said.

“A lot of money has been budgeted to refurbish this statue, which does not reflect the values of dispensation. Our call for removal now is sparked by the mayor going to great lengths to produce a white budget for the statue to be renovated.”

Tshwane EFF leader Benjamin Disoloane appreciated the possible jobs created by the project but agreed with the opposition party. The EFF felt the statue represented a “former racist murderer of the apartheid regime”, he said.

“We cannot in good conscience, as the EFF, allow the word ‘freedom’ to be associated with a murderer, Paul Kruger, who presided over the genocide of our people. His statue must fall and be removed from the public space as it has no role to play in a democratic country that he never wanted while alive.”

But Msimanga dismissed the demand, telling The Citizen that one’s history could not be wiped out to benefit others.

He said the new monument, which would feature Nelson Mandela’s footprints and a rock excavated from the limestone quarry on Robben Island, would encourage the youth into a dialogue on the country’s history.

“We need to tell the good and the bad. The youth and future generation need to tell the contrast and similarities of our history and have a conversation on what this means to the people of South Africa.”

Following heated debates over the past years on the importance of keeping Kruger, the statue was fenced off to protect it from vandalism.