DA must act on Zille – but how?

Former party leader says process wants to incriminate her before a hearing. 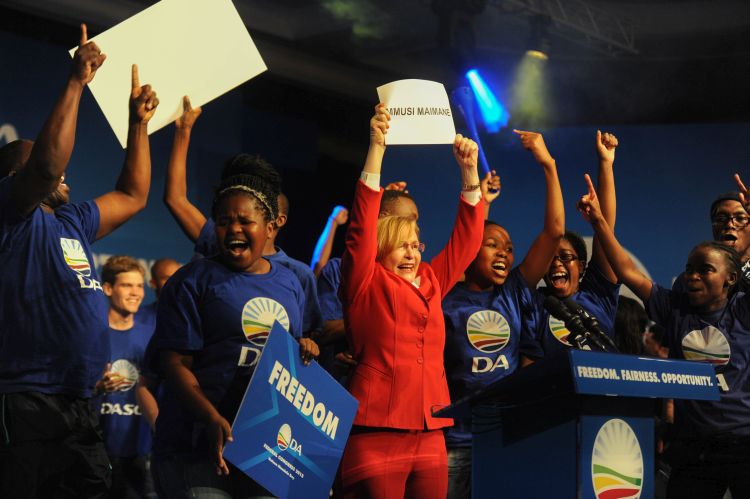 The possibility that Helen Zille’s controversial colonialism tweets might have been a deliberate attempt to set up current party leader Mmusi Maimane for failure cannot be ruled out, according to political analyst Elvis Masoga.

He was responding to this weekend’s announcement by the DA federal executive, which has written to Zille to signify its intention to temporarily suspend her from party activities until the conclusion of the disciplinary proceedings against her.

Speaking to The Citizen yesterday, Masoga said he suspected that Zille and some other white leaders within the DA had been asking themselves who would be in charge of the country should the ANC lose power in two years’ time.

He said Maimane, expectedly, happened to find himself in a “tug of war” between black and white.

“Beyond dispute, Zille has been the brains behind the rise of the DA and it would have been impossible to contemplate Maimane’s rise without the guidance of her [Zille], but he [Maimane] has to decide between personal loyalty and organisational principle.

“This is a do-or-die moment for the DA as any strong action taken against Zille will weaken the rising strength of the official opposition party, while the failure to act decisively will cost the party irreparable damage,” Masoga said.

Another analyst, Andre Duvenhage, said it would be unwise of the DA to get rid of Zille.

He stressed that she still had a strong white constituency.

“While Zille is an influential figure, there is also another risk on the other side where Maimane has to manage the black constituency that was affected by Zille’s colonialism tweets.

“I think there is currently a certain group going overboard, but, having said that, the DA has to act but not destroy the party […] the DA finds itself in a Catch-22 situation,” Duvenhage said.

Meanwhile, in a statement, the DA said it had given Zille an opportunity to indicate why she should not be suspended.

“The final decision of the DA Federal Executive regarding whether to suspend Helen Zille will be made once any such representations have been considered.”

Former DA leader Tony Leon tweeted at the weekend, saying: “Political leadership is about tough choices and in my view @MmusiMaimane made the right one on Helen Zille.”

Zille reacted: “The DA decided to charge me in terms of the Federal Constitution.

“I am obviously prepared to face a full disciplinary hearing. I have not accepted that the DA has a right to find me guilty and penalise me before the hearing even takes place. I cannot be bullied into resigning or incriminating myself.”