James Selfe believes the federal executive was within its rights to take the decision that was swiftly rescinded. 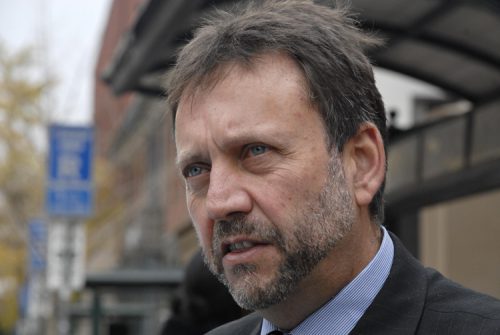 The DA is not backing down on its intention to take disciplinary action against Helen Zille.

Responding to media allegations that federal executive chairperson James Selfe “threw Maimane under the bus” for contradicting Maimane’s earlier announcement of the suspension, Selfe told the media the reason for this was because Maimane had left the press briefing slightly earlier and was in a different venue.

He was referring to the spectacular capitulation that occured as soon as Zille alerted the party to the fact that it was possibly violating its own constitution by failing to afford her the right to make representation as to why her party membership should not be suspended.

Responding to questions from The Citizen, Selfe reiterated that “the decision [to suspend Zille’s party membership] was taken by the federal executive”.

READ MORE: Suspension is in conflict with the DA’s constitution, says Zille

On being asked if not a single member of the party’s highest decision-making body had been aware the decision was inconsistent with their own constitution, Selfe’s response was somewhat convoluted.

He quoted section 11.6.5. of the DA’s constitution. It states “no provision of the constitution limits the right of the federal executive or a provincial executive to temporarily suspend a member from taking part in any or all the activities of the party, pending the outcome of a disciplinary hearing in terms of this chapter”.

Selfe said that, despite this provision, “the federal executive gave Ms Zille 72 hours to make representation to the body, whereafter it will take a decision”.

He vehemently denied speculation that the party was now technically split between Maimane-Zille factions.

“As Mr Maimane said, they have some disagreements about the future direction of the party. I would not regard that as a split,” Selfe said.

However, Selfe’s response to whether the party still intends suspending Zille’s membership once the federal executive has considered her representation, Selfe referred the Citizen to section 11.6.5, indicating the party is still likely to suspend her membership after June 6.

A comprehensive list of questions sent to DA party leader Mmusi Maimane’s office and his spokesperson, Mabine Seabe, had not yet been responded to.