The scrap metal business is a multibillion-rand industry, but for those at the very bottom, it can also be deadly.

According to newspaper reports, (backed up by accounts from some of those involved), 10 people have died in the past eight months, allegedly while stealing scrap metal from moving trucks in Vanderbijlpark alone. Despite this, the practice is popular in several road intersections around recycling plants.

This is hardly surprising, given the money involved in the scrap metal trade in South Africa. According to the Metal Recyclers’ Association (MRA), the scrap metal industry contributes R15 billion annually to South Africa’s gross domestic product and creates 400 000 formal and informal jobs.

The money is earned primarily from exports. The Emfuleni local municipality, under which Vanderbijlpark falls, has the highest unemployment rate and poverty levels in Gauteng, according to recent statistics. But the true value of the industry seems a closely guarded secret, according to industry insiders who spoke to The Citizen.

It is understood a report commissioned by The National Economic Development and Labour Council and the University of Cape Town has been kept from public release, apparently due to its potential to unmask secrets and pricing information.

Last year captains of the industry were up in arms over proposed amendments to the preference price policy guidelines aimed at curbing scrap exports. The proposals were aimed at aligning scrap exports with the Second-hand Goods Act.

Criminality in the industry is rampant, especially the theft of public and private property in a bid to sell metal parts as scrap. 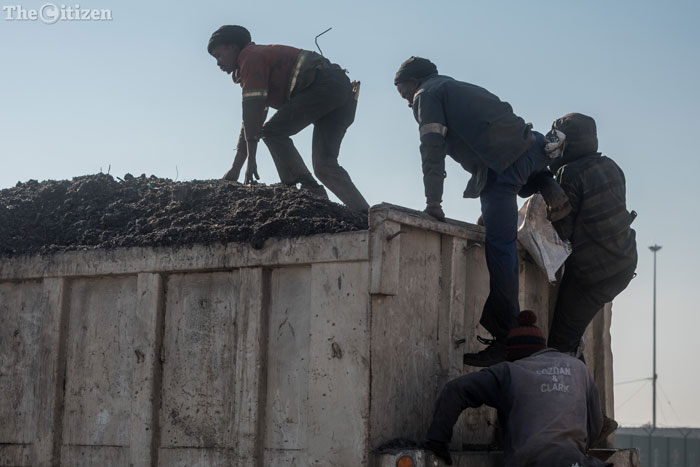 “This, and dilapidated infrastructure, has a negative impact on the revenue of the municipality as it increases the losses for unaccounted electricity consumption.”

Commenting on the challenges in policing the illegal trade of scrap metal, Mofokeng said that due to the scrap metal market’s large share of the local economy, any negative changes would have a significant adverse impact on the impoverished population.

“The closure of any metal company in our area has a multiplier effect – in other words, the closure of one affects others in the value chain. This means that companies linked to the one closing are also likely to close or be less likely to survive, leading to many being retrenched.”

He said a few companies had closed for a number of reasons, including crime, which contributed to high security costs.

In 2014 the Johannesburg Roads Agency said it lost an estimated R57.46 million to vandalism and theft while criminals and unscrupulous traders had cost the Joburg economy millions.