Malema: We made a ‘terrible mistake’ by voting for Mkhwebane

The EFF leader has instructed his IT security service provider to look for emails linking the public protector to state capture. 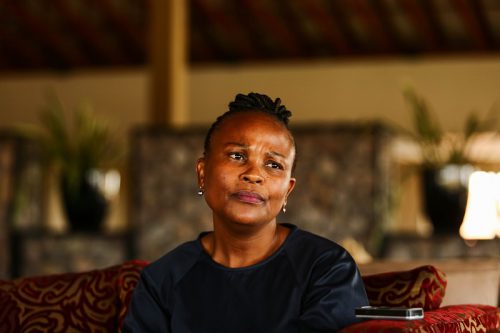 EFF CIC Julius Malema has admitted that prior to the ad-hoc committee interviews tasked with finding Thuli Madonsela’s replacement as public protector, he received intelligence information that the committee’s preferred candidate was a former intelligence operative.

The CIC confessed Mkhwebane’s handling of the interview lulled them into giving her a chance. “I decided that she is a black woman who did very well when answering questions, and she must be given a chance,” he explained.

During the interviews, former NPA senior prosecutor and DA MP Glynnis Breytenbach sharply raised the matter, asking Mkhwebane how she went from being a director at home affairs’ China office to becoming an “analyst” for State Security Agency (SSA), as that could be seen as a demotion.

There were also insinuations that she had continued working for both home affairs and SSA. Malema told 702 host Eusebius McKaiser that the EFF had now asked an IT security company to go over the #GuptaEmails with a fine comb.

Malema said it not take Mkhwebane that long to lend credence to the allegations that she too was captured.

“She proved us wrong immediately; she changed television sets in the office to ANN7, and immediately put New Age newspapers on the public protector tables,” he said.