Zille will have to obtain permission before tweeting on issues other than Western Cape government business. 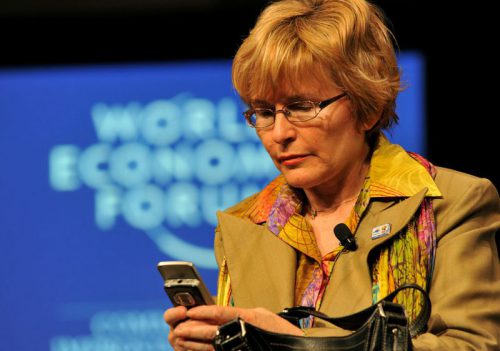 Helen Zille’s communication going forward will exclusively focus on giving feedback on good governance in the Western Cape, where she is the premier.

This was announced by DA party leader Mmusi Maimane this morning when giving the details of a settlement Zille reached with the party’s federal executive council. This effectively means the disciplinary hearing will not proceed.

“Her [Zille] political communication from this point onward will focus on matters relating to the Western Cape government, where she will remain premier. If she wishes to communicate on any other political issues, she will abide by the sign-off protocols of the DA,” Maimane said.

‘I don’t get involved with EFF processes.’

Maimane told the media he was personally aggrieved by Zille’s tweets, and during several engagements, he impressed upon the Western Cape premier that the tweets were hurtful to South Africans.

Mmusi defended his party for failing to remove Zille from office as instructed by EFF leader Julius Malema last week. He told the media his party would not be dictated to by another party on what to do.

“On the question of variables with EFF it is important, we note that, yes, in this project to succeed, we must govern well. Many other leaders have said worse things. I don’t get involved with EFF processes. We are the only party in South Africa that stands for those black and white people,” Maimane said.