Homes have reportedly been petrol-bombed and shacks torched. 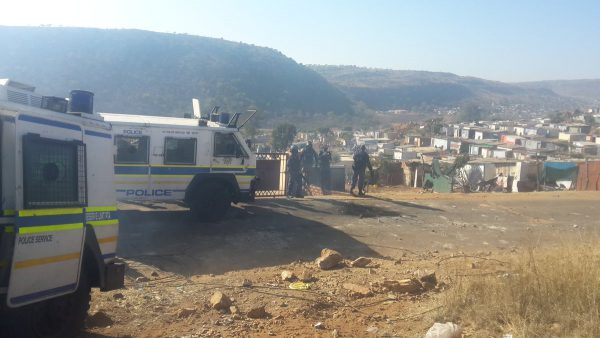 Tensions hovered above Mamelodi, in Tshwane, on Thursday morning when homes were petrol-bombed and shacks were torched after conflicts over illegal connections in Mahube Valley.

But a woman says her shack was burned to the ground when Mahube residents retaliated against illegal power connections. #Mamelodi pic.twitter.com/YtcYfOR4tK

Residents were left without power for three days this week, leading to conflict and violence between them and the neighbouring informal-settlement dwellers.

A Mamelodi mother said she saw a petrol bomb flying through her living-room window on Wednesday night, torching her whole house.

“My two children were sleeping, and this fire burned everything, including the TV and our furniture. My husband was at work at the time, and I had to take my children and run out with them for safety. We are all so traumatised,” she said.

A #Mamelodi mother says her home was ruined when a petrol bomb was thrown through her window by informal dwellers. pic.twitter.com/HeGU23c7Uj

Public order police had cordoned off the road leading into the informal settlement as dwellers threatened to throw stones. Burned tyres were scattered on the road while several shacks burned to the ground.

UPDATE: Two die in crash on blocked N5 as truck drivers protest leaves N3 backed up
16 hours ago
16 hours ago

UPDATE: Two die in crash on blocked N5 as truck drivers protest leaves N3 backed up
16 hours ago
16 hours ago