Msimanga chased off by community enraged by ‘squatters’

Property owners are demanding the removal of an informal settlement, but the mayor says his hands are tied. 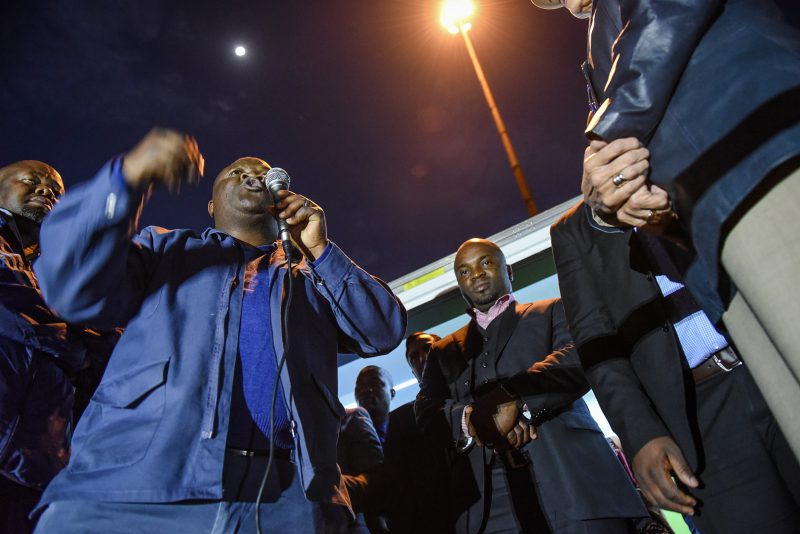 An angered resident speaks directly to Tshwane Mayor Solly Msimanga after his address about what will be done with squatters illegally occupiying land next to their homes, 2 August 2017, Mamelodi. Picture: Jacques Nelles

Tshwane Mayor Solly Msimanga was forced to make a hasty retreat from a community meeting in Mahube Valley Extension 1 last night after he told residents that the 4 000 households in the Mountain View informal settlement would not be relocated.

Residents of Mahube Valley demanded that Msimanga remove the “squatters” by Wednesday next week.

They threatened to “punish” Msimanga and claimed he was backtracking on his word to relocate the residents from the informal settlement.

“Our properties are losing value because of the squatters,” said a community member who only identified himself as Azi.

Residents also threatened to stop paying rates and taxes and said they were already consulting with their legal representative on possible further action. 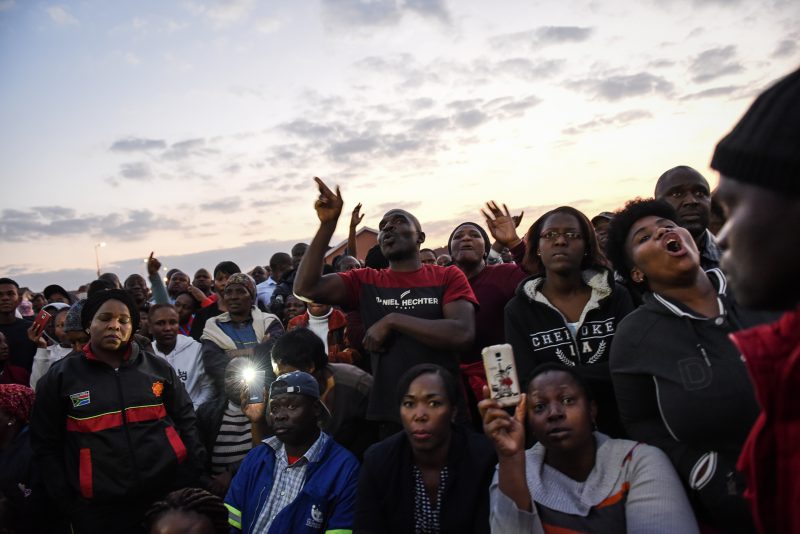 Angered residents react while being addressed by Tshwane Mayor Solly Msimanga about what will be done with squatters illegally occupiying land next to their homes, 2 August 2017, Mamelodi. Picture: Jacques Nelles

Violent clashes between the communities of Mahube Valley Extension 1 and the neighbouring Mountain View informal settlement broke out in June after residents of Mahube Valley experienced a power outage lasting three days.

They blamed electricity theft by the informal settlers for causing the outage.

During the clashes, a number of homes and shacks in both areas were petrol-bombed.

The city has since rerouted electricity to the informal settlement.

Msimanga last night told the Mahube Valley community that his hands were tied as the High Court in Pretoria had not only forbidden the relocation of the informal settlers, but had also ordered the city to provide them with services.

This angered the crowd of about 300 residents even more.

“We are trying all we can to ensure we bring calm to these communities,” said Msimanga. “Yesterday we delivered chemical toilets to the people in the informal settlement and that is what infuriated the people from Mahube Valley.”

According to Msimanga, a further meeting with the community leaders is scheduled for Saturday.