Allegations persist that City of Joburg has ‘run out of cash’

Mashaba's administration insists they've got billions, but under-collection at City Power may have created an operating budget shortfall. 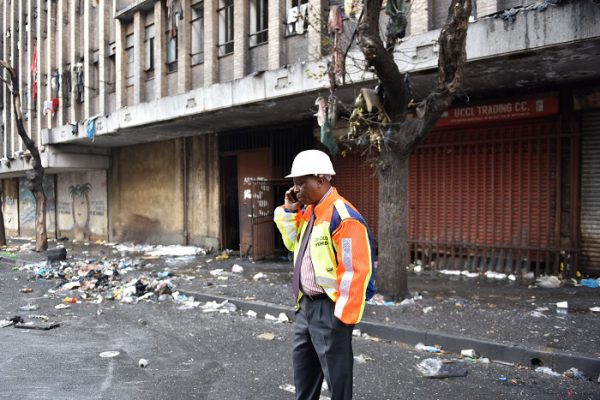 Executive mayor Herman Mashaba visits the scene of the Cape York building on the corner of Nugget and and Jeppe street in Hillbrow that caught fire, 5 July 2017. One person died after jumping from the second floor of the building, while six others burnt to death or died from smoke inhalation according to the EMS on the scene. Some residents made ropes from sheets to get out, while some refused to leave the hijacked building. Picture: Tracy Lee Stark

The City of Joburg says it’s got R4 billion in reserve, but allegations persist that it’s in a cash-flow crisis. Mashaba’s administration has described this as a desperate attempt by the ANC to discredit his good work.

The ANC in official statements as well as insider sources speaking to The Citizen claim the city’s administration has shifted a deficit of R1.5 billion from a cash reserve account to its operational budget to create the impression that it has more money in reserve than it really has, when in fact the city has “run out of money” to pay service providers and other day-to-day costs.

The Citizen has spoken to three current service providers, former city employees and one active official who is close to the situation. The service providers allege they are not being paid on time. However, the city has dismissed this as an attempt by the ANC and its former appointments to cast unnecessary aspersions on its ability to run the city.

They accuse the executive mayor, Herman Mashaba, of not acting to avoid foreseen cash flow challenges. He allegedly refused to accede to senior managers’ requests to adjust the city’s operational budget during February’s budget lekgotla, which they felt would be required to avoid a cash shortfall.

When the DA-led coalition wrestled power from the ANC during last year’s local government elections, it inherited an operational budget for the 2016/17 financial year approved by the previous ANC administration two months into the financial year.

Treasury regulations and the Municipal Financial Management Act (MFMA) make provision for a budget review halfway through the year to reallocate expenditure as per operational dynamics. At this meeting, finance chiefs allegedly warned Mashaba the budget needed to be cut by R1.5 billion, as there would otherwise be a deficit.

Mashaba allegedly did not trust the advice of these officials, many of whom were appointed during the ANC’s years in charge. Nevertheless, they have now told The Citizen the cash flow crisis has occurred as they warned.

The city’s mayoral committee member for finance, Rabelani Dagada, said, however, that such allegations were unfounded, as there was currently no deficit. In a statement on Sunday, the city said the allegations were “nothing more than the ANC’s attempt at reviving [former mayor] Parks Tau’s political career from the ashes”.

Dagada said that 19% of the city’s budget had been lost to corruption under the ANC and cautioned that “the city’s finances should never be used as an instrument for petty politics”.

“We also assess our revenue collection performance through the financial ratios, and our forecasted debt-to-revenue ratio is 40.7 percent, well within our target.”

Dagada said their liquidity was at a “healthy 36 days, well above the National Treasury benchmark”.

Despite these apparent successes, one disgruntled former executive team member told The Citizen they were upset because Mashaba had allegedly “pulled rank over many executive directors and CFOs”, many of whose employment contracts with the city were concluded during the ANC’s tenure.

Speaking to The Citizen anonymously, one of them alleged “Mashaba simply did not listen”.

“The biggest problem is that Mashaba personally took interest in the removal of the head of the biggest revenue generator, City Power, without considering the consequences for this action. He furthermore created untenable working conditions for the Group CFO as well as head of treasury [for the city]. Their exit left the city with a critical skills deficit and no institutional memory on how to handle the billing crisis,” alleged the former employee.

READ MORE: City of Joburg officials told to pay only salaries and VAT

City Power’s fourth-quarter reporting, which The Citizen has seen, covering the period April to June 2017, states a negative balance “with a loss of R492 million being created due to total income being less than budget and total expenditure more than budget”.

“For the year to date, a total loss of R580 million exists, which is R2,563 million below budget,” according to the report.

The revenue for the quarter was recorded at R1.06 billion, 22% below budget.

In addition to Sunday’s statement from the city concerning the city’s positive cash flow and revenue, Dagada emphasised to The Citizen that the city continued to pay salaries and its creditors, with creditors being paid in compliance with National Treasury requirements that suppliers be paid within 30 days of the receipt of a valid tax invoice.

The city confirmed its council had approved the “raising of up to R3 billion in short-term borrowing from the Development Bank of SA to manage potential cash flow mismatches that might arise in future”.

It is also using multiple redemption and liquidity strategies to address the repayment of borrowings.

“For the current financial year, borrowings amounting to R2.733 billion will be repaid from the sinking fund, which is currently sitting at around R4 billion rand,” Dagada said.

However, one of the disgruntled former executive members told The Citizen the new administration was being “misleading” and “City Power had had a more than R1 billion opening balance for 10 years.

For the first time, they claimed, it was only R133 million.

“The mayor got rid of [the city’s] head of treasury, who was opposed to the decision to transfer the R1.5 billion budget deficit detected at the budget lekgotla from the city bond to give an impression the city is a going concern,” according to the source.

In response to this, however, Lesego Ngobeni, the acting spokesperson for MMC Dagada, reiterated that the city stood by its weekend media statement on its liquidity position, and they were in a positive balance.

Helen vs Herman: Why Zille doesn't want Mashaba as Joburg mayor
18 hours ago
18 hours ago 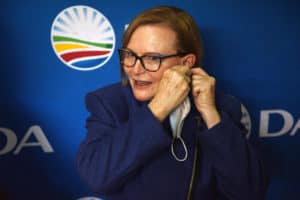 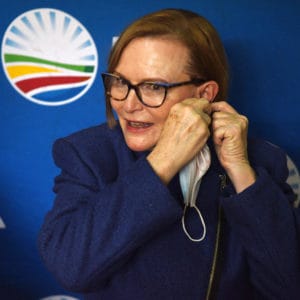 DA didn't 'double-cross' Mashaba, they're just sticking to their word, says Zille
2 days ago
2 days ago

Helen vs Herman: Why Zille doesn't want Mashaba as Joburg mayor
18 hours ago
18 hours ago

DA didn't 'double-cross' Mashaba, they're just sticking to their word, says Zille
2 days ago
2 days ago