Dlamini was speaking at the official Women’s Day celebrations in Galeshewe, Kimberly, on behalf of the ANC Women’s League. 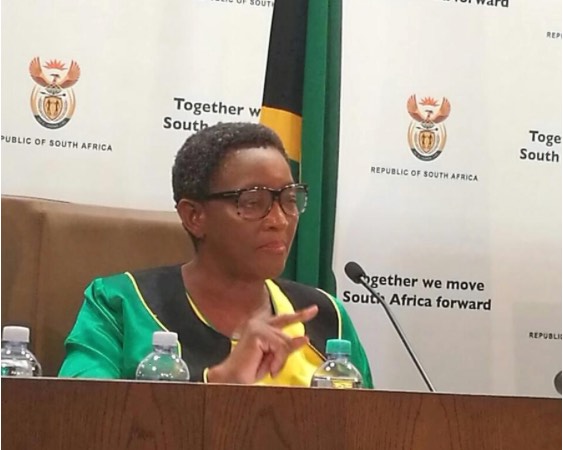 Social Development Minister Bathabile Dlamini on Wednesday called for harsher prison sentences for perpetrators of violence against women, saying that they should also not be considered for parole after serving their sentences.

“The minimum sentence for women abusers is very low and that should change. There should not be parole for them. Parole, we don’t understand what it is. That is why we always lose cases,” Dlamini said.

Dlamini was speaking at the official Women’s Day celebrations in Galeshewe, Kimberly, on behalf of the African National Congress Women’s League (ANCWL).

Dlamini said women were now ready to take up leadership positions in society, cementing the ANCWL’s support for former chairperson of the African Union Commission, Nkosazana Dlamini-Zuma, to succeed Zuma as the ANC president in December.

“We must never allow anyone to question our credentials. We are ready, women are ready. We are ready for the summit of women and men, who are prepared to see South Africa fighting violence against women,” Dlamini said.

“Anyone who wants to stand for a leadership position in the ANC and lead us must have a proven track record on women’s rights. Women are part of radical economic transformation.”

The ANCWL president also said that men should play their part in the fight against violence on women.

“The time has come for men to come out clean and fight violence against women. No one must harass women, sexual harassment must be abolished in South Africa,” Dlamini said.

Dlamini came to Zuma’s defence after he survived a motion of no confidence in Parliament on Tuesday, saying that the ANCWL  supported him because he had made sure that women were in decision making structures since taking office.

“Mr. President, you have been tortured and prosecuted. We don’t just support you because you are the president, you have ensured that women have more influence in decision-making. The enemy is impatient. They prefer a coup instead of elections where they can’t defeat us,” Dlamini said.