The woman wants the deputy minister's accomplices to face the music, while the police minister denies Manana is being given special treatment. 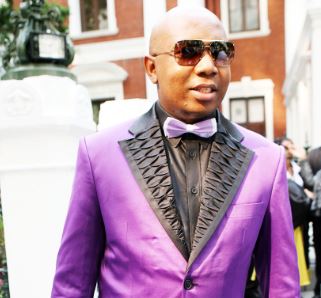 Mandisa Duma, one of the women beaten up by deputy minister of higher education and training Mduduzi Manana at a Fourways nightclub, wants her ‘co-beaters’ to face the music.

The Sunday morning incident, where Manana was filmed slapping a woman while other men appear to be holding her down, caused an uproar on social media and dominated headlines for most of the week.

The fallout continued into parliament yesterday, where the Minister of Police Fikile Mbalula said while the manner in which the investigation was handled was questionable, there was nothing untoward in the police’s response to the incident.

Mbalula denied the former youth leader was receiving preferential treatment, saying the police had to complete their investigation before an arrest could be made.

It was reported yesterday that Manana voluntarily handed himself over at Douglasdale Police Station. He later appeared at Randburg Magistrates’ Court, where he was granted R5 000 bail.

The Mail & Guardian reported Duma wanted Manana to turn in the other men involved in the attack. She claimed four or five other men who had earlier been sitting with Manana inside Cubana followed her outside, dragged her to the ground, slapped her and prevented her from standing up.

“My whole body is in pain. I still need to go to the gynae tomorrow, because I was being kicked everywhere around my stomach,” Duma told the publication, and explained that after the recorded incident inside, they were kicked out, after which the assault allegedly continued.

Meanwhile, The Business Day said this morning that Mbalula denied Manana was treated with “special kid gloves”, but confirmed the assault-accused would still enjoy VIP police protection until he resigned or fired.

When he appeared in the magistrates’ court yesterday, Manana was surrounded by several men, some of them in dark suits, shielding him from the media. He declined to speak to the journalists, and was seen being whisked away in a German luxury car moments later.

“The withdrawal will depend on a process that may still have to take place, such as a resignation or him [Manana] being asked his superior to step aside. But until then, as an appointee of the president, we will protect him,” Mbalula was quoted as saying.

In terms of the Ministerial Handbook, ministers are given a month’s reprieve in the event that they are removed from office. After that period, or an extended one as per permission, former ministers must vacate their official residences and lose other perks, such as VIP protectors and state-purchased vehicles.