Women from around world to converge in Durban for #OneVoice march

Durban will lead a global protest against child abuse and gender-based violence this month. Durban is to set to make a powerful global statement this month when women from around the world take a unified stand against child abuse and gender-based violence, reports the Berea Mail.

Miss Universe contestants from 84 countries will join NGOs, women’s groups, civil society bodies and the public for the #OneVoice march in the city centre on August 30.

Dressed in black and wearing a gold ribbon, the women will gather at King Dinizulu Park from 8am and make their way to the Durban City Hall at 10am to speak out in #OneVoice on behalf of the millions of women and children worldwide who have suffered, and continue to suffer, at the hands of their abusers.

In South Africa alone, official figures are alarming – pointing to a woman being murdered every eight hours by someone she knows. On a global scale, gender-based violence and violations against children are escalating despite intervention and prevention efforts.

“The #OneVoice march taps into the theme for this year’s Mrs Universe event, Empowering women. Creating change. What could be more hard-hitting than women from all over the world, from different backgrounds and communities, speaking out in a collective voice against the scourge of women and child abuse?” said Mrs Universe 2017 Hosting Director: Africa, Durban resident, Tracey-Anne Aggett.

She said she wanted governments, communities, civil society groups, men and women to join forces to protect women and children. “This is an international outcry, a global declaration that enough is enough,” she said.

While Durban will be speaking out with #OneVoice on August 30, simultaneous peaceful protests will be held across the globe to highlight the concerns over child abuse and gender-based violence. Mrs Universe contests from Zimbabwe, Nigeria, India, U.S.A, Ukraine, North Asia and Gibraltar to name a few, have organised #OneVoice marches in their home countries to coincide with the SA event.

In South Africa, interest groups and individuals from around the country who cannot travel to Durban will be hosting their own #OneVoice protests, albeit on a smaller scale. Some schools in KZN have also pledged their support to the #OneVoice march. 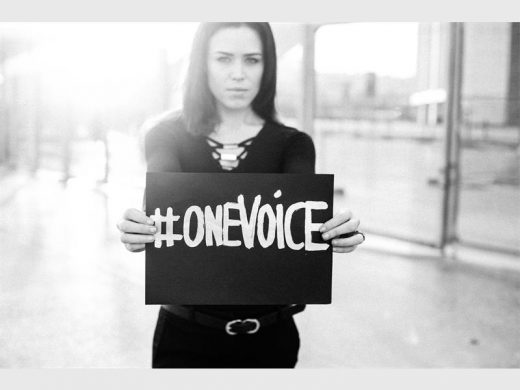 Mrs Universe 2017 Hosting Director, Durban’s Tracey-Anne Aggett, will lead contestants from 84 countries in a protest against child abuse and gender-based violence in Durban on 30 August.