Respiratory disease affects 56% of those near mine dumps – study

A study has revealed that residual chemicals cause rampant lung ailments in residents in parts of Joburg. 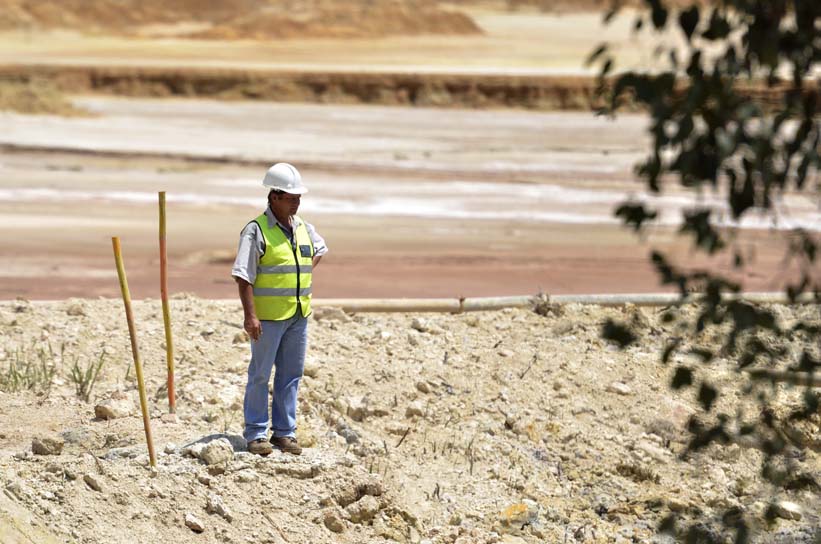 Construction workers survey the land at one of Johannesburg's Acid mine drainage (AMD) sites, 14 October 2013. Acid mine drainage is the flow of polluted water from old mining areas and mine dumps. Depending on the area, the water may contain salts, sulphate, iron, aluminum, toxic heavy metals and radioactive particles. Picture: Alaister Russell

When Rose Plaatjies, 63, was moved to Riverlea Extention 1 over 40 years ago by the apartheid government, she had no idea there were deadly chemicals in the area that would make her terminally ill.

Her house is metres away from one of the scores of mine dumps in the area, rich in gold dust and uranium, among other deadly substances, left over from long abandoned mines.

Unbeknown to the thousands of hapless residents who lived there for decades, according to an astounding new report, a silent poison has seeped its way into the environment.

According to the Benchmarks Foundation, more than half (56.1%) of residents identified in communities such as Riverlea had respiratory ailments (cough, sinus, asthma and TB) as their most persistent ailment. Four percent of respondents also reported eye problems.

The foundation also revealed that after over a century of mining, Johannesburg’s residents are living on the largest concentration of radioactive uranium on the planet.

It is calling on the the National Nuclear Regulator to immediately legislate and regulate for what it described as an immense health problem.

Its recently released report, titled Waiting To Inhale, the 12th in its policy gap series, examined the household health and wellbeing of four communities affected by mining in Soweto.

It found many residents of Riverlea, for example, were living on oxygen machines. Plaatjies was shocked when she was told years after she got a lung disease that it was linked to long-term exposure to mine dust. She must be hooked up to an oxygen machine for life.

She has a 40-year-old son who is also permanently dependent on an oxygen machine to stay alive. Her daughter, who was born there, has a birth defect on her head.

Researchers recorded many dangerously high Geiger counter readings in mine waste during their study, indicating the presence of uranium and its by-product, radon gas. – simnikiweh@citizen.co.za

Medbond in payout delay spat
1 day ago
1 day ago

Medbond in payout delay spat
1 day ago
1 day ago