The woman claimed she had a glass of red wine and an energy drink before the incident. 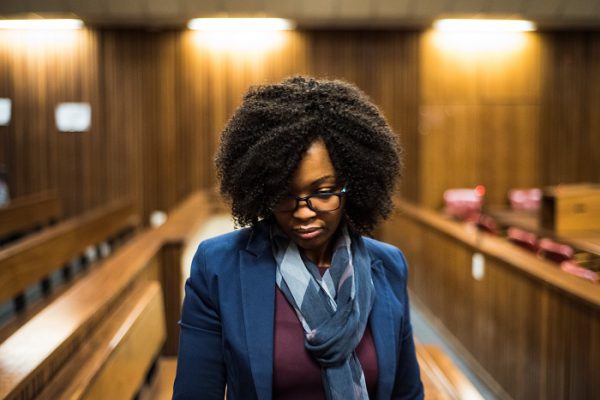 None of the substances taken by a Pretoria businessperson before she allegedly shot dead her two young sons could have induced homicide, a toxicologist has told the High Court in Pretoria.

Dr Gerbus Muller testified in the trial of Rehithile Matjane, 34, who is accused of murdering her sons Alvaro, 2, and Keyon’dre, 6, on a smallholding near Hammanskraal in April 2015.

Both little boys died after being shot in the head but Matjane insisted she could not be held liable because of a “short-lasting psychotic depressive episode with suicidal trends” caused by a combination of side-effects to medication and other substances she took.

Muller contradicted the evidence of psychiatrist Prof Ivanov Savov, who said Matjane had acted in a state of “sane automatism” due to depression caused by the combination of substances she took.

Matjane told the court she had used her son’s asthma inhaler, anti-inflammatory and pain medication and sport supplements, but could not remember the doses.

She also had a glass of red wine and an energy drink before the incident.

Muller said most of the medicines involved in the case could be bought over the counter and the ingredients were on their own or in combination highly unlikely to have played a role in Matjane’s behaviour.

Savov testified that Matjane had shown signs of toxicity because of evidence that she had “foam” around her mouth, and vomited and wet herself after the incident.

He singled out the asthma inhaler as one of the substances that could have caused depression and psychosis. Muller said the “foam” around the mouth was completely insignificant.

He had never encountered a patient with acute poisoning wetting themselves and the dose of the asthma inhaler was so low that it was unlikely to have played any role.

Matjane’s advocate, Piet Pistorius, said it was not his client’s case that she had overdosed but the combination of what she used had caused a short-lasting psychotic episode.

Muller was adamant that Matjane’s plea of sane automatism due to a psychotic depressive episode as a result of the side-effects of the substances was “pharmacologically and clinically highly improbable”. The trial continues. – ilsed@citizen.co.za