After trying to reassure residents of the drought-stricken Western Cape that she only bathes every 72 hours to preserve water, Zille was told to take a bath regularly rather. 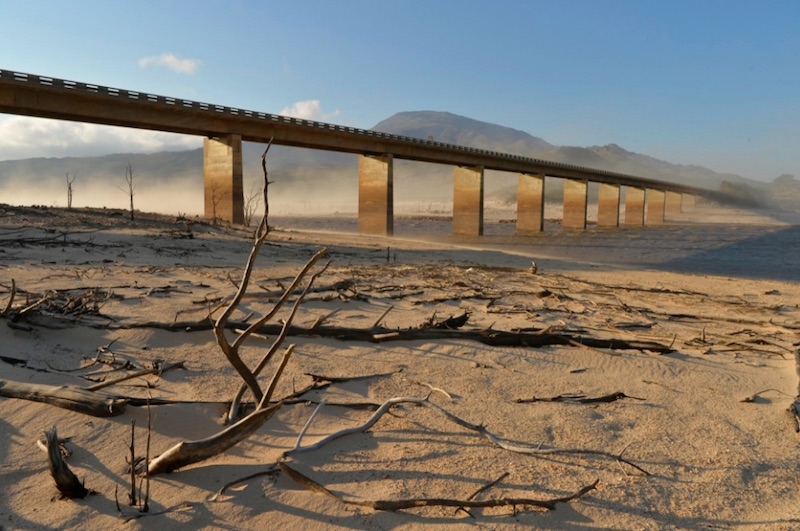 The City of Cape Town tweeted this photo of the drought-stricken Western Cape and urged water consumers to not use more water when it rained. Picture: @CityofCT on Twitter

Although not tweeting her Cape Town-based nemesis directly, Ntuli’s tweet was an unequivocal dig at Zille. TimesLive had earlier run a story in which the premier of the drought-stricken province denied allegations that she was subjecting citizens of the country’s fourth largest province to water restrictions that she herself did not abide by.

Mbali and Zille’s Twitter sparring matches are well-documented. Ntuli has repeatedly called out Zille for her tweets on race and colonialism.

In a complaint laid by Western Cape’s acting DA leader, the party isolated Ntuli from other black DA leaders who also expressed their discomfort with the tweets. Among those who shot back at Zille included MP Solly Malatsi, who was never censured.

When informed that the party intended to haul her before a federal disciplinary committee, Ntuli laid bare the fissures within her own party by questioning what she described as double standards for failing to apply the same approach to Zille’s tweets.

The former Cape Town mayor defended her party’s actions, and claimed Ntuli was charged long before and therefore her pending appearance before a disciplinary was just a matter of procedure. Ntuli refused to take this lying down.

No I wasn't Helen. I was charged on Friday. https://t.co/2CqLZogjGi

Zille’s Twitter defence force included her chief of staff in her Wale Street office, Lorika Elliot. She accused Ntuli of never missing an opportunity to tackle her boss, and described Ntuli as the KwaZulu-Natal “version of Eusebius McKaizer”.