Media Monitoring Africa and SOS welcome the board appointments, but question Zuma's real intention behind reshuffling the communications minister. 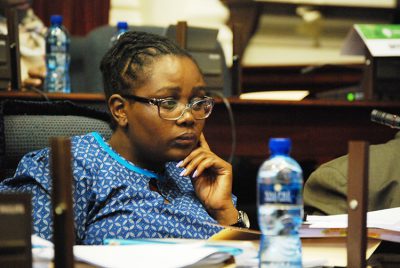 This morning’s announcement that President Jacob Zuma has removed Ayanda Dlodlo, having been in office for less than six months, as communications minister has not gone down well with lobby groups.

Director of Media Monitoring Africa (MMA) William Bird said his organisation welcomed the appointment of the board, but were worried the changes at the communications ministry would further destabilise the public broadcaster.

Together with SOS Coalition, the organisations had this week approached the high court on an urgent basis seeking a court order to compel Zuma to appoint the new SABC board.

After confirming the new board had been given the green light, the Presidency issued another statement in which it announced Dlodlo would now take charge of the home affairs ministry while Mmamoloko Kubayi takes over the reins at the department of communications.

READ MORE: Minister Dlodlo defends herself: Judge me by my work, it speaks for itself

“This makes it a ninth minister in less than five years. It appears he [Zuma] is destabilising the communications sector. It can not be a good thing, and we are our own worst enemies. What on earth is going on here?” asked a perturbed Bird. Both lobbyists indicated they may explore a legal recourse to recoup losses incurred when filing the urgent court application.

“We were very cautious in our dealings with Ayanda Dlodlo. It is always in our favour to be cordial, but keep an arm’s length. She started on a right footing with the encryption matter, she was promising. But we weren’t sure when she heard she was involved in appointments, whether it was blatant interference or ensuring the corporation is compliant,” said SOS national organiser Duduetsang Makuse.

She said if the SABC were a private company, board of directors and shareholders would be either declaring insolvency or devising a business rescue plan.

“They should be meeting with industry experts on how to develop a new funding model. Until we understand where the loopholes are, the SABC cannot be rescued. We need to go and do a proper inspection as a collective,” Makuse added.

Bird and Makuse also raised red flags around the “impunity” of civil servants and politicians running to court on matters that could easily be resolved by following the law, saying that was “problematic.”