Moodey’s plan to topple the ANC in Gauteng 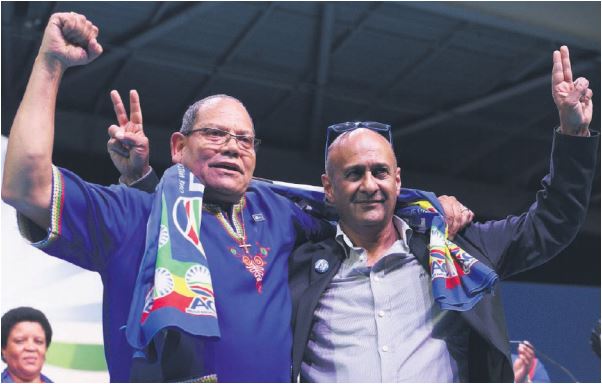 The DA’s reigning Gauteng leader, John Moodey, who was re-elected at the weekend, revealed massive campaign plans ahead of the 2019 elections, which include a training academy for potential candidates and recruiting 40 000 activists by next year.

This was in a bid to see the party clinch an outright majority, which Moodey said was part of the DA’s strategy to create a “wave effect” that would see the ruling party toppled in other provinces with below 50% of overall votes.

The opposition party held its provincial elective conference in Midrand on Saturday where more than 1 000 of its members registered to vote. It said whoever won would have the task to lead the party to victory in 2019.

Moodey, whose recent victory was preceded by a series of public spats with opponent Ghaleb Cachalia, said he had no ambitions of becoming the Gauteng Premier candidate and was only in it to help the DA win Gauteng.

“I have a twofold agenda: first to take Gauteng with an outright majority and making sure that there is a rising tide in the harbour where our outright win has an effect across the country, pushing the ANC below 50% and eventually removing them nationally as well.”

“The main thing is getting them the proper training and capacity to campaign. The reason to campaign going door to door is what you get out of the effort, including data.”

Auditing and verification of captured data is key, Moodey said. The party hoped the academy would be established by March.