City Power is currently experiencing negative cash flow, down from a R856m surplus a few years ago. 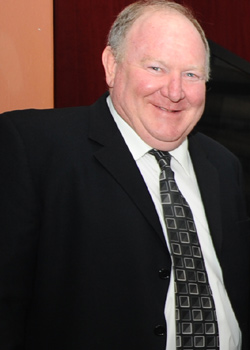 Quentin Green, the finance director at City Power, a City of Joburg municipal-owned entity, has reportedly been handed a “notice of intention to suspend” by City Power managing director Lerato Setshedi. It is understood that the decision was supported by board chairperson Lael Bethlehem and the MMC for environment and infrastructure services Nico de Jager.

The entity, which posted a cash surplus of about R856 million in its last publicly accessible annual report and audited financial statement for 2014/15 period during axed MD Sfiso Zulu and former board chairperson Dr Frank Chikane’s tenure, is reported to have had diminished revenue for the first time since it was established.

According to various sources who spoke to The Citizen on condition they remain strictly anonymous, Green was handed a notice to suspend him on Monday and given 24 hours in which to make representations on why he should not be suspended.

READ MORE: City of Joburg officials told to pay only salaries and VAT

City Power spokesperson Sol Masolo said the finance director remains in the employ of the company, but can neither deny nor confirm if he received a the notice of suspension.

However, sources close to the matter told The Citizen Green would likely be suspended for financial maladministration and/or negligence in respect of recommendations from a forensic report previously provided by a service provider as well as preliminary findings from group forensic and investigative services.

A former service provider to the company who worked during the time when Green was ‘seconded’ from the city’s finance department said if true this would be a surprise move. He said Green initially worked for an auditing firm contracted to the city and was later ‘seconded’ to City Power.

He questioned why Green would be singled out for suspension as a number of City Power senior managers are implicated in several findings emanating from various investigations.

Attempts to get hold of Green drew a blank as his cellphone rang unanswered. His voicemail requests callers to not bother leaving a message, as he hardly responds to those and rather they send a message. A WhatsApp message was sent, and was read but not responded to.