Matjane’s bail was extended until Friday, when she will hear if she can remain free until she is sentenced next year. 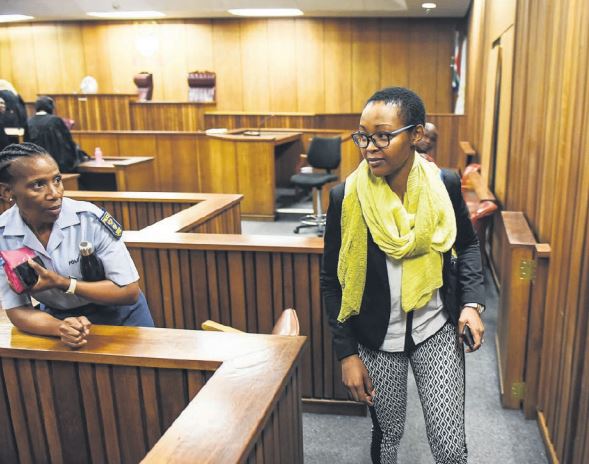 A Pretoria psychiatrist yesterday told the High Court in Pretoria his wife, who was convicted of murdering her two young sons, was a very loving and caring mother.

Dr Maxwell Matjane testified in a renewed bail application by his wife, Rehithile, who was on Tuesday convicted of murdering her sons Alvaro, two, and Keyon’dre, six, in April 2015 by shooting both boys in the head.

Matjane admitted driving to a deserted spot near the old Wallmansthal defence force base and shooting her sons, but claimed she could not be held accountable for her actions as she had acted involuntarily because of a short lasting psychotic depressive episode caused by medication she took.

She said she had taken medication for a tight chest, a migraine and menstruation pain and had extreme suicidal thoughts before the incident, but had a happy marriage and would never knowingly have killed her beloved children.

Judge Hans Fabricius rejected her defence and found her guilty of the planned, premeditated murder of her sons. He found the probabilities pointed to Matjane deciding to shoot her sons before committing suicide.

Matjane yesterday launched a formal application for her bail to be extended pending sentencing proceedings in March next year.

State prosecutor Bakedi Maoke opposed bail, arguing that Matjane was a flight risk or might try to commit suicide as she now faced two life sentences. Matjane testified that she was still breast-feeding her 10-month-old baby, who was born early this year, and had no nanny at home to take care of her child.

The state pointed out that Correctional Services allowed babies to remain with their mothers in prison until the age of two. Matjane testified that she loved her child and husband very much, enjoyed her husband’s support and had no intention of fleeing.

Her husband described her as a very loving, caring mother. He said she worked for him in his practice and they jointly owned properties that were held in a trust, although she also owned a house in Nigel.

Mom knew what she was doing when she shot sons – judge