Police said they were investigating a case of manslaughter and were busy following up various leads. 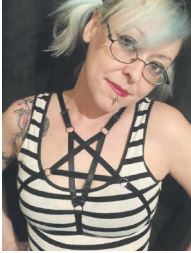 GRUESOME STATE. Dianne Rose Ayres’ body was found on the N1 highway a week after she went missing. Picture: Facebook

A week after a Pretoria woman went missing, her badly mutilated body was found in the middle of the N1 highway, near Stormvoël Toll Plaza, on Wednesday.

The body has been identified as 36-year-old Dianne Rose Ayres from Kilner Park. Family and friends searched frantically for her last Wednesday, the night she disappeared.

Rose Ayres’ mother said her daughter went missing after attending a friend’s funeral. She had gone for a walk because she was very upset and never returned.

“She had taken it very hard because her friend was young and he had cancer and she wanted to walk to clear her head,” she said.

She asked that her daughter’s name not be mentioned in the house because “every time her dog hears her name, he would run to her bedroom looking for her”, she said, breaking down in tears.

Yesterday morning, a day after police informed Dianne’s mother of her daughter’s death, she had to identify her body.

“The only way I could identify my daughter was by her tattoos,” she said.

“When I saw her yesterday, she had no face. Her face and feet were off and her throat was cut. They had tried to reconstruct her face and there were just black stitches all over her face and around her ankles where her feet were sown on.

“The police officer said it is possible that she was thrown on the highway and a few cars drove over her body before the last person stopped and called the police,” she said.

Police spokesperson Captain Coba Brits said they were investigating a case of manslaughter and were busy following up various leads.

She said because Dianne had been hit by several cars, they had to put stitches in parts of her body to get a better picture of her.

“Although her feet and face have stitches, it does not mean it was completely apart from the rest of her body,” she added. “Her body had several injuries, the cause of which will be determined in an autopsy.”