On Monday, the DA gave a statement to the SAPS and submitted the public protector’s report in order to supplement charges that are under investigation by the Hawks. 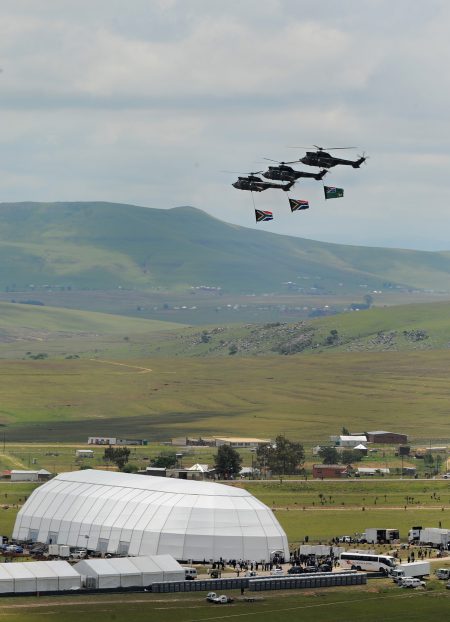 Earlier this month public protector Busisiwe Mkhwebane released a report in which she found widespread maladministration and misappropriation of funds amounting to R300 million by the Eastern Cape provincial government in funding Mandela’s 2013 funeral.

Masualle was the MEC for finance and economic development at the time of Madiba’s death in 2013.

DA MPL Bobby Stevenson said in a statement on Wednesday that the irregularities happened on Masualle’s watch and that he should be held fully accountable.

Stevenson said that while the African National Congress-led Eastern Cape provincial government was within its rights to seek a legal review of the Mandela Funeral Report by the public protector, the provincial government should be focusing its energies around what action it will be taking in regard to the issues raised in the report that have been exposed in this province since 2014.

“Even though all fingers are correctly pointed at the Eastern Cape Director-General (DG), Marion Mbina-Mthembu, in relation to her role in the scandal, this cannot obscure the role of the provincial cabinet and particularly the current Premier and then MEC for Finance, Phumulo Masualle. All these irregularities happened on his watch and he should be held fully accountable.”

On Monday, DA national spokesperson Refiloe Nt’sekhe gave a statement to the SAPS and submitted the public protector’s report to supplement charges that are under investigation by the Directorate for Priority Crime Investigation (Hawks).

Stevenson said when the DA vigorously attacked Masualle’s role in this scandal in the provincial legislature back in 2014, the ANC closed ranks to protect him.

“Athol Trollip, the then DA leader in the legislature, was suspended from the legislature for 30 days. The DA went to court and in a settlement, this decision was overturned.”

Stevenson said earlier this week he had submitted legislature questions to find answers as to what the provincial government has done since 2014 to deal with the persons responsible for the irregularities.

In addition, Stevenson said he had written to speaker of the legislature Noxolo Kiviet, requesting that the public protector’s report that has been referred to her, be referred to the Standing Committee of Public Accounts (Scopa) to deal with.

“The DA is of the strong view that the politicians that were involved in approving the method of funding in this scandal should be held accountable. The DG alone cannot be made the scapegoat. This report is not just an indictment on her, but the whole provincial cabinet who took the decision on 6 December 2013 to approve the funding model for the funeral.”