Late Afro-pop hitmaker Robbie Malinga was of the best musicians South Africa ever produced and he was one of the most sought after in the country, Recording Industry South Africa (RiSA) CEO Nhlanhla Sibisi said on Tuesday. 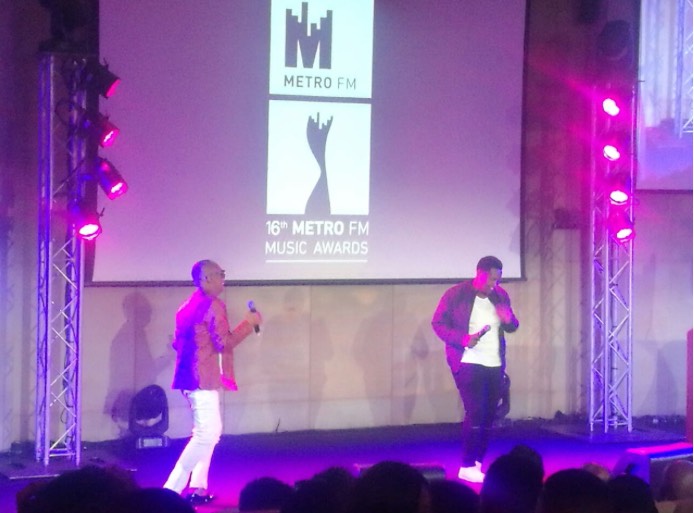 Robbie Malinga and Musa at the nominations party.

“To say Robbie Malinga’s death is a loss will be an understatement. This was one of the best this country has ever produced. A lot of musicians owe their successes to his magic touch as a producer, composer, arranger and vocalist. He was one of the most sought after hitmakers in this country,” Sibisi said.

“His death is a definite end of an era and a sound we will not forget soon, what a devastating loss. We can never tell the South African music story without giving him a prominent mention.”

Malinga died in Johannesburg on Monday.

Malinga, who was from Meadowlands, Soweto started his career in the 90s playing keyboards for bubblegum musician Freddie Gwala of Amadamara fame and the group Platform 1.

In a statement, RiSA sent their condolences to Malinga’s family.

“We send our condolences to his family, especially his wife Ann and the two children. We also sympathise with Robbie’s collaborators and colleagues in the music business. Our hearts also go out to the legions of fans who Robbie has given countless soundtracks of their lives,” RiSA said in a statement.

“The gravel voiced crooner was a highly decorated SA Music Award winner taking home top honours including Best Producer with his own projects as well as recordings he either composed, arranged, produced or sang in – in some cases he would do all four as a mark of his versatility and talent.”

RiSA said that Malinga who was also known as Insimbi had been unwell for the past year.

“He was one of kwaito pioneers  with his group Vardos from the East Rand. His solo outing Insimbi placed him in the top league of the genre. He teamed up with Doc Shebeleza to start RoboDoc in 1999 producing monster hits like Ebumnandini and Skumfete,” RiSA said.

RiSA said that Malinga had worked with Lebo M to remix Lion King to Umhlaba Wabantu for local audiences, and also produced Bhakaniya, the Orlando Pirates theme song for their 70th celebrations.

They added that Malinga was also the winner of the Mzansi Magic talent search show Clash of the Choirs in 2015 where he represented KwaZulu-Natal province.

“Details of Robbie’s memorial and funeral have not been announced yet. The hit factory may be closed, but the music will live on. We honour you Robbie Malinga!”