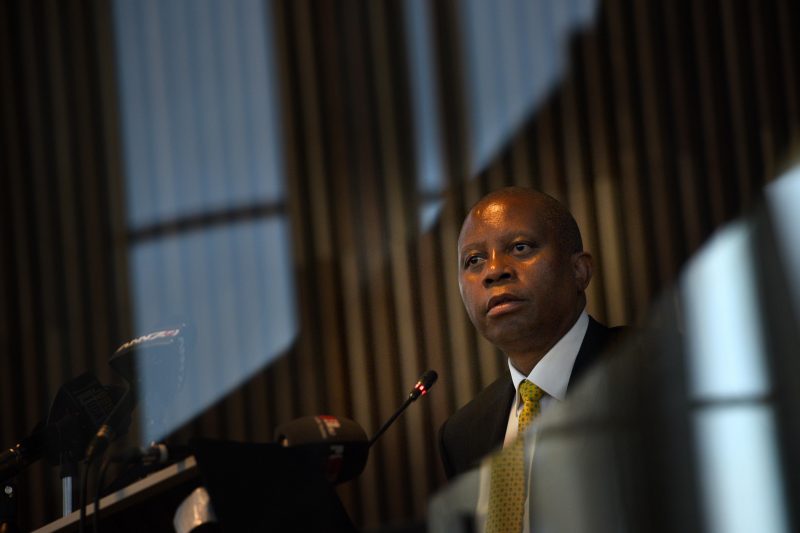 Executive Mayor Herman Mashaba speaks at City of Joburg New Council Chamber,7 Niovember 2017 , with MMC for Environment and Infrastructure Services, Cllr Nico de Jager and MMC for Transport, Cllr Nonhlanhla Makhuba and City stakeholders on key City infrastructure which is on the brink of collapse and the solutions which the City will be implemented to arrest the decline. Picture: Nigel Sibanda

The continuing housing crisis in Johannesburg yesterday sparked a protest in an impoverished community in Selby, with people saying they had been waiting since 1994 for proper accommodation.

Residents blocked Eloff Street yesterday with burning tyres and debris to protest against a lack of housing, safety, and sanitation. The Selby residents complained about the area being vulnerable to floods, fires and crime. They said their complaints have been repeatedly ignored by the municipality.

Protesters from the informal settlement blocked Eloff Street and Siemens Road at around 7am, causing traffic congestion. ANC councillor Mongameli Mnyameni said the residents also felt Johannesburg mayor Herman Mashaba unfairly allocated housing to people who had been evicted from the inner city.

He said housing had been promised to the residents at the informal settlement by a previous councillor.

“The people from there are angry about mayor Mashaba, who evicted people from the inner city and dumped them at Wembley stadium. After a court order ruled that those people could not continue to live in tents by the stadium, those people were allocated office buildings which would be converted into houses so they could live there.”

“We have reported these things to the ward councillor over and over and when he reports to the people at the top, nothing is done,” he said. “Also, when it rains we are flooded.”