The Buffalo City Municipality in the Eastern Cape has been battling illegal land grabs this week. Buffalo City Municipality (BCM) in the Eastern Cape is currently experiencing what could be one of its biggest land invasions yet, Dispatch Live reports.

Residents in the area have allegedly marked both private and government plots along the Buffalo Pass route and the R72, outside Cove Rock. They are reportedly using tree stumps and red tape to mark their desired plots.

The land grabbing started on Monday, 15 January. It began with a few local residents, but has escalated to include residents from nearby communities.

BCM Mayor Xola Pakati has spoken out against the land grabs, explaining he has been briefed about the situation, and that the directorate for planning has been to the location to assess the situation. 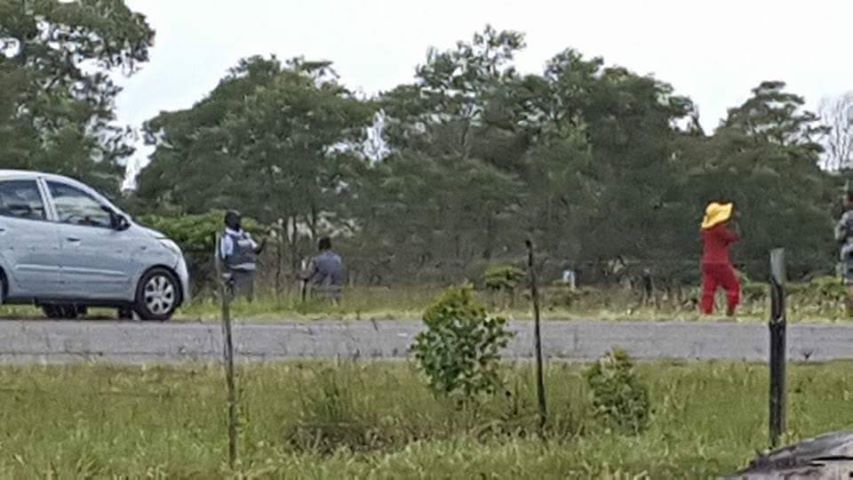 SAPS on the scene of the land grabs at BCM. Photo: Supplied (Facebook)

This is a developing story. More updates to follow.

We’re taking back the land, says BLF as it prepares for land grabs