Private dams only 10% of our water … not the answer

The argument that farmers are hoarding water is bankrupt and ideological, say experts. 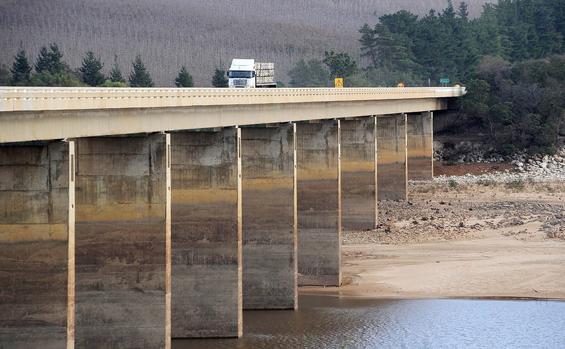 Are private dam owners hoarding enough water in South Africa to help alleviate the country’s water shortages, as suggested in parliament? Government and experts in the private sector strongly disagree.

“I think people only look at the fact that 4 000 dams are privately owned as compared to the 320 dams owned by government, when actually the capacity of [the latter] is about 90% of the water available in the country.

Chauke, an ANC MP, wanted lawmakers to look into the matter of government only owning such a small percentage of the dams, describing it as “not normal”. Water resource expert Anthony Turton said Chauke’s statements were more political than practical, given that water resources were already nationalised in 1998 under the National Water Act, a law he said government had failed to implement.

“I would argue that the problems we are having in the country are a manifestation of the act; that the resource has been nationalised when the government lacks the capacity to manage that resource. “For instance, all the sewerage works, there are about 800, every one of those are nationalised and are mostly in municipalities; 80% of them are dysfunctional. The argument here is, we nationalised the resource and it has failed. And now we want to nationalise even more, and this is just a bankrupt, ideological argument.”

In a bid to lend a hand to government in alleviating the Cape Town water crisis, farmers from the Overberg region began the release of 10 billion litres of private water into Cape Town’s reticulation system. This, however, was not indicative of private dam owners possibly hoarding billions of litres of water that could be repurposed for public use, said Turton.

Stuart Maxwell, chairperson of the Groenland Water Users Association (GWUA) in Grabouw, said the idea of nationalising private dams was unnecessary. “That is absolutely pointless. For instance, it is farmers’ money that created our dams, and billions went into creating the dams in our valley and that is all privately funded dams that were built 40 years ago with the thought that one day we may need a little more.

The GWUA said it regularly pumps billions of litres of surplus water into Cape Town’s system, depending on the supply available in that year.

“We have been doing this in the past. Our water surplus varies between nine billion litres up to 27 billion. This year we hope to get that up to 40 billion. That’s the first time ever that we got that level of moving water,” he said. Farmers in the area have managed to create this surplus by preventing as much tapwater as they were legally allowed to from being pumped into the sea.

Maxwell also credited the farmers who built the private dams 40 years ago with the foresight that water scarcity would hit the semi-arid region in decades to come.

He also lauded the government’s turnaround of the Western Cape Water Supply System, which has managed to nearly halve its water consumption over the last year.