The minister says she hopes to get feedback from the legal team by Thursday. 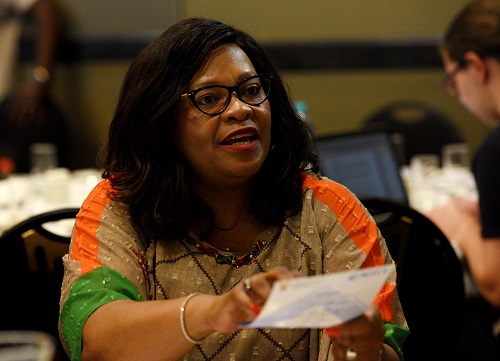 Newly appointed Communications Minister Nomvula Mokonyane says she is receiving legal counsel on whether to go ahead with a high court appeal initiated by her processor, Mmamoloko Kubayi-Ngubane, on the appointment of executives at the SABC.

In October last year, the Pretoria High Court ruled that the appointment of the group chief executive officer (CEO), chief operating officer (COO) and chief financial officer (CFO) of the public broadcaster must be solely done by non-executive members of the SABC board in consultation with the communications minister.

In an interview on SABC’s Frankly Speaking on Sunday night, Mokonyane said she hoped that she would get a report back from the legal team by Thursday on how to move forward on the matter.

“I am already consulting with a legal team outside the team that has been on board… What’s of importance is that these are role players in this particular space. I have also spoken to two other very important people who are involved in policy within the ANC,” Mokonyane said.

“I am sure by Thursday we will be able to share the information because we intend to ensure that by Saturday we will be sharing with the South Africans on how we will reposition and reconnect the communications sector,” she added.

At the end of January, the SABC board appointed Chris Maroleng as the national broadcaster’s new COO. He took over the post from Hlaudi Motsoeneng, who was fired last year in June for bringing the SABC into disrepute. The SABC is yet to appoint a CEO and CFO on a permanent basis.

Mokonyane, who was previously the minister of water and sanitation in former president Jacob Zuma’s Cabinet, said her three key priorities in her new department would be the long delayed implementation of digital migration in the country, access to information for communities and repositioning the SABC.

“We need to reposition the SABC back to its glory. It must be a body that is respected not only in South Africa but also in Africa and the world given its capacity and its abilities. We need to also make sure that we modify the ability and means within the SABC,” she said.

The minister said government needed to utilize existing platforms of communication, such as community radio stations and Government Communication Information System (GCIS), to improve its communication with the public as well as work on partnerships with the media.

“We need each other for the sanity of this country,” Mokonyane said.

Mokonyane said the sense of “self-correction and renewal” within the ANC had to be applied across the board. She said since her appointment last week by President Cyril Ramaphosa she had already had six meetings with media houses and various stakeholders in the communications sector.

“Everyone including those that are functioning within our own institutions such as the SABC must also appreciate the mandate that is bestowed upon them and stay away from getting involved too much in party politics particularly of the ANC.”

Vote according to who offers real public service – Madonsela