UDM slams ANC for including Zuma in its election work

The party says keeping Zuma at the forefront of the ANC’s election work is like asking a bank-robber to guard money.

The UDM’s highest decision-making structure, the national executive committee (NEC), has slammed the ANC for including former president Jacob Zuma in its electioneering activities ahead of the much-anticipated national and provincial elections next year.

On Saturday, Zuma attended the ANC’s elections workshop at Birchwood in Boksburg as an ex-officio member since the governing party recalled him from office as state president last month. It is believed that he would campaign for the ANC in the lead up to the polls.

The UDM’s NEC met at the weekend and discussed recent political developments in the country and the party’s readiness for the general elections. The NEC said President Cyril Ramaphosa had already started off on the wrong foot.

The NEC was of the opinion that the “new dawn” promulgated by the ANC was “a hollow prospect” because ministers implicated in allegations of state capture survived last Monday’s Cabinet reshuffle and citizens should expect “more-of-the-same” going forward.

“The involvement of former president Zuma in the ANC’s electioneering activities, casts serious doubt that it is at all serious about its plans to eradicate corruption.

“Mr Zuma’s token removal only happened, because the opposition and civil society put so much pressure on the ANC that they no longer had room to manoeuvre. Their keeping Mr Zuma at the forefront of their election work is like asking a bank-robber to guard the money,” UDM leader Bantu Holomisa said in a statement.

He said the NEC had also “noted” the EFF’s decision to table a motion of no confidence against DA member and Nelson Mandela Bay mayor Athol Trollip next month.

Last week, the EFF instructed its Eastern Cape structures to table a motion of no confidence against Trollip after the DA voted against the red berets’ motion on land expropriation without compensation in the National Assembly, which was passed by 241 votes with the help of the ANC and smaller parties.

The UDM announced that it would also host election workshops and meetings in the build up to the elections, including plans to register voters for this weekend’s voter registration drive by the IEC.

“A National Elections Workshop of the UDM will have its own strategy session, in the first week of May, where the draft manifesto will be presented and to keep its finger on the pulse of the Party’s nationwide campaigns.

“In addition, the UDM’s national leaders have been invited to, on the 12th of March, visit the Enhlangwini Palace to meet with the King, AmaKhosi and the community.”

What? Holomisa's 'message of encouragement' to Zuma confuses readers
7 days ago
7 days ago 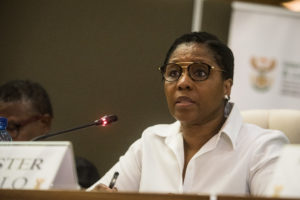 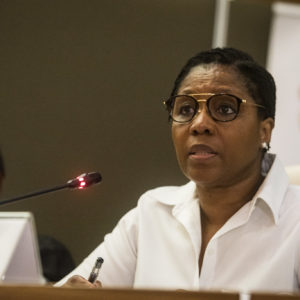 What? Holomisa's 'message of encouragement' to Zuma confuses readers
7 days ago
7 days ago