The party says Gigaba has displayed 'staggering skill in dodging accountability and flip-flopping' in Parliament. 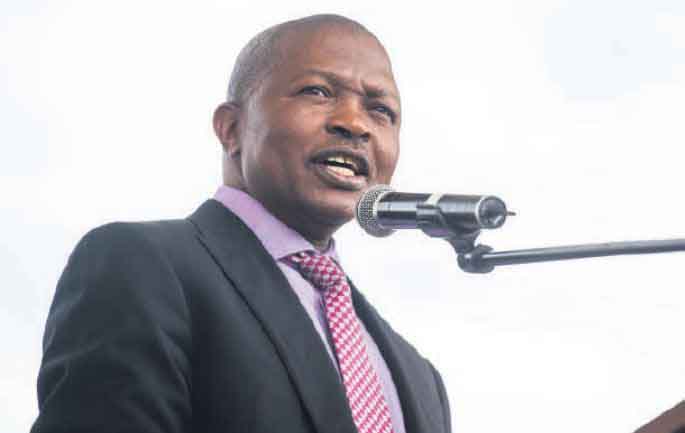 Following Home Affairs Minister Malusi Gigaba’s absence during parliament’s oral question session with MPs yesterday, the DA says it will write to Deputy President David Mabuza as the leader of government business to request he ensures that Cabinet ministers appear in the national legislature to account to the nation.

DA chief whip John Steenhuisen has accused Mabuza of failing his first test of ensuring that ministers in the Peace and Security cluster – police, home affairs, international relations and justice – appeared before the National Assembly to answer MPs questions.

Steenhuisen says it was apparent than ever that little has changed in the “renewed” ANC since Cyril Ramaphosa was installed as the country’s president last month.

“President Ramaphosa and Deputy President Mabuza secured an appalling attendance rate for Cabinet ministers. In fact, attendance in yesterday’s question session was seemingly on par than what was typical under the Zuma administration,” Steenhuisen said in a statement today.

He said Gigaba displayed “staggering skill in dodging accountability and flip-flopping” after he initially made a commitment to avail himself.

In an unsigned letter to National Assembly speaker Baleka Mbete, the minister said he was not feeling well and had to rush to see a doctor. This was despite him being spotted in the parliamentary precinct just hours before the setting.

The letter irked opposition MPs and saw EFF MPs Mbuyiseni Ndlozi and Floyd Shivambu being kicked out of the House after Ndlozi called Gigaba a pathological liar and refused to withdraw the comment. The DA has demanded that the minister provide proof that was indeed sick yesterday.

In December last year, the Pretoria High Court found that Gigaba had violated the constitution over his claim that he never gave approval to Fireblade Aviation – owned by SA’s wealthy Oppenheimer family – to establish a VIP facility at OR Tambo International Airport in January 2016.

The minister has also caused an uproar after he said during a media briefing on Tuesday that the three Gupta brothers, Ajay, Atul and Rajesh, were not naturalised South African citizens, to only be contradicted by opposition parties and the media.

In less than 24 hours, home affairs director-general Mkuseli Apleni held another press briefing and said Gigaba had incorrectly stated that Atul and Rajesh were not naturalised citizens. Atul was naturalised in November 2002 and Rajesh in July 2006.

Apleni said their elder brother, Ajay, a fugitive, was not a South African citizen, but only had a permanent residency permit.