The police minister was speaking in Pretoria at the launch of Public Order Policing (Pop) Reserve Units to be deployed in provinces. 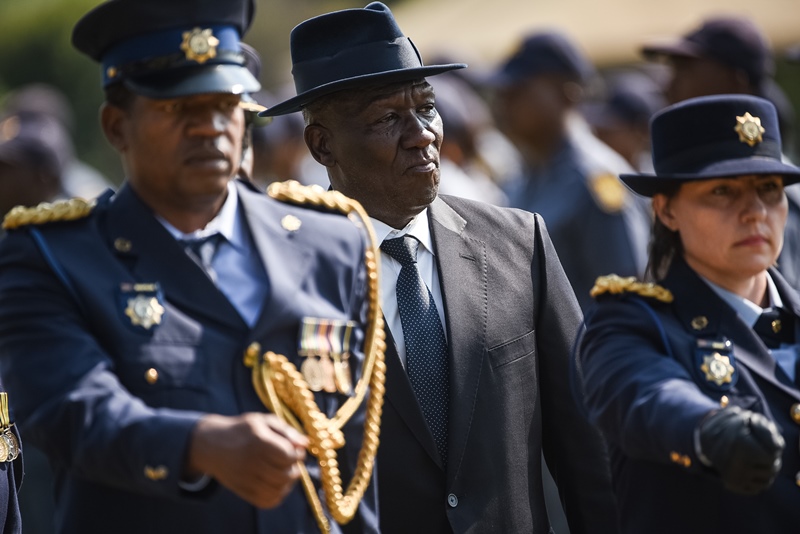 Speaking in Pretoria yesterday, Cele added that Pop must refuse to be used as a tool by politicians – and he will, thus, be speaking to his colleagues in Cabinet in this regard.

Cele was speaking at the Police College during the launch of units to be deployed in provinces with the aim of increasing police personnel at station level to maintain law and order.

Cele urged members to distance themselves from politics when responding to community protests, and rather keep to their core business of policing.

“Don’t ask for political affiliations when you are deployed to communities; just perform your duties to the best of your abilities. Leave politics to politicians,” he said.

Councillors and mayors should be on the ground when people are protesting for service delivery and do their work and not overwork police members, he said.

National Police Commissioner General Khehla Sitole, who was in attendance, said there are 41 Pop Units, which consist of four reserve units and 37 provincial units.

“The full implementation of the Pop enhancement and capacitation process will result in four established national reserve units and 50 provincial units, with a staff compliment of approximately 11 000 members. For now we are 40% of the 11 000,” Sitole said.

The new units will multiply the capacity of the police members at provincial and national level. A number of different forms of operational vehicles and equipment has also increased to meet the current demands.

Cele reiterated his strong position for members of the Saps to serve and protect.

“I am not calling for police to be trigger happy, however, they will not die in the course of duty. Theirs is to defend themselves and defend the defenceless communities.

“Public Order Policing is for the minimum force levels response and the force levels increases depending on the situation at hand.”

Cele also warned the new members to stay away from any form of temptation and acts of bribery.