It is inexplicable that the NPA isn't prosecuting Moyane and Makwakwa on charges laid against them in 2016, Corruption Watch says. 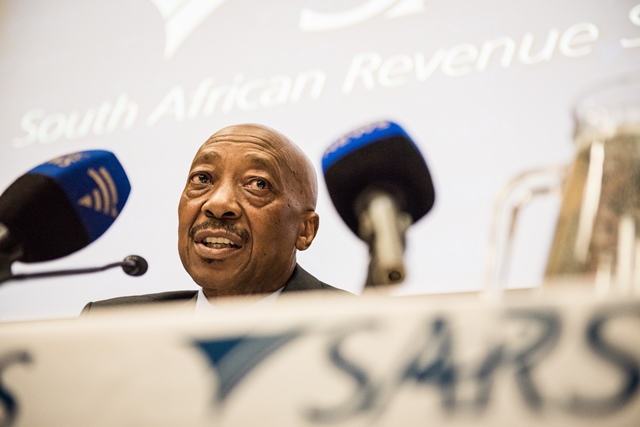 While the latter resigned just over a week ago, Moyane, whose resignation was requested by President Cyril Ramaphosa, refused to do so this week, prompting a scathing letter from the president.

Corruption Watch director David Lewis told The Citizen yesterday the National Prosecuting Authority (NPA) had informed them it would not be prosecuting Moyane on charges laid by the organisation in 2016.

The group has now opted to go the route of lobby group AfriForum and will be the second organisation in South Africa’s history to apply for a certificate to conduct private prosecution.

“We have been told by the NPA they will not be prosecuting Moyane, which is inexplicable, and we have asked for a certificate to carry out private prosecution,” said Lewis. “We have been involved in this, particularly the Makwakwa issue and the KPMG issue, since the beginning.

“In the case of Makwakwa, in 2016 we filed criminal charges against him and Moyane which related to two serious contraventions of the law.

“The first was the violation of the Prevention and Combating of Corruption Act, in which he failed to report these suspicious transactions when informed by the Financial Intelligence Centre (FIC), a law enforcement agency.”

The second charge relates to Moyane essentially warning Makwakwa that the FIC was on to him.

The group wants to hold Moyane accountable for his alleged role in protecting Makwakwa from a proper investigation following the FIC report, which implicated Makwakwa and his then girlfriend and Sars employee, Kelly-Ann Elskie, in suspicious transactions relating to money laundering and other criminal activities.

Lewis noted in a statement this week the FIC report required further investigation by the Hawks, yet Moyane failed to report this matter to the Hawks as required of him in the Prevention and Combating of Corrupt Activities Act.

He said Moyane further provided the FIC report to Makwakwa and Elskie in breach of the FIC Act, a criminal offence in terms of that Act.

Unconfirmed reports that Moyane was planning on legally challenging his suspension have raised the question of whether Ramaphosa has the prerogative to fire, suspend or discipline the Sars commissioner.

As constitutional law scholar Pierre de Vos notes on his website “Constitutionally Speaking”, Section 6 of the Sars Act deals with the employment of the Sars commissioner and merely states that the “president must appoint a person as the commissioner for the South African Revenue Service”.

There is no provision for the removal of the commissioner from office.