Allegations that the young advocate and the 'mother of the nation' were in a relationship have never gone away. 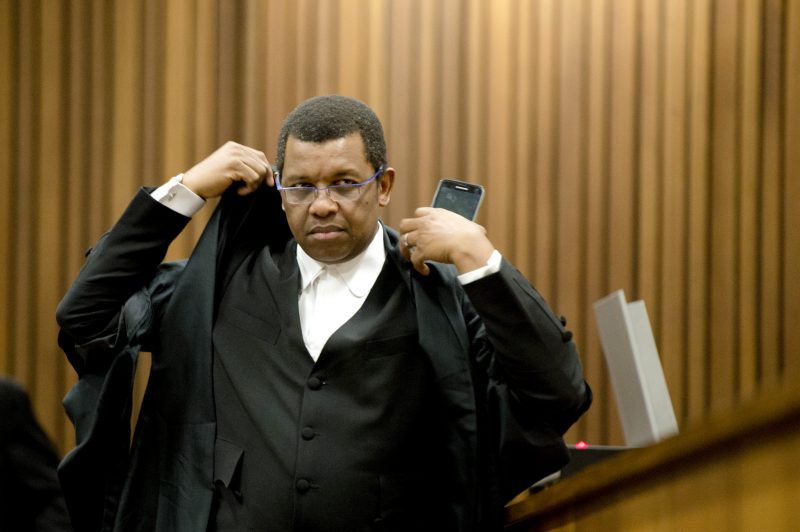 Shortly after the death of Winnie Madikizela-Mandela on Monday, social media was wondering when Advocate Dali Mpofu would say something, due mainly to persistent rumours that he had an affair with her when he was younger.

He has consistently denied that he was her “Ben 10”, though, while EFF leader Julius Malema said in 2013 that the allegations of any affair were not true.

“This man does not have the potential to sleep with his mother. Winnie is Mpofu’s mother.”

However, question marks have always remained about their relationship and many South Africans continue to believe that the rumours have more than a grain of truth to them.

After Mpofu referred to the late activist as “Mama Winnie”, the comments referencing his alleged affair with her and how he shouldn’t be calling her “Mama” just kept streaming in. Many used the phrase “Ben 10”, referencing the Cartoon Network show as a sarcastic description of younger men with older women.

Sikholiwe Zwane told him: “But you insulted the whole black consciousness movement ngokuhlaba umama wena (by sleeping with our mother) Dali Mpofu.”

Blacks Lisa wrote: Uthi Mama kwisdala sakho, wawungayiboni uba nguMama ngokuya? Unemikhuba yhazi bhutindini (You say mom to your ex, didn’t you see that she was your mother at the time? You have bad habits brother).

Fani Mthethwa: “How can you call her umama (mother) when you slept with her? udla isalukazi bese usibiza ngo Mama? (You sleep with an old woman and then you call her mom).

The insults didn’t stop Mpofu from posting through Tuesday on his profile. This morning he wrote: “Saddens me to see how people especially ANC members insulting Mama Winnie Mandela like this, they are helping those white racists who are calling the mother of the nation a ‘villian [sic] and a sellout’ it is really disturbing. Such stupidity and foolishness needs medical attention. Respect the struggle icon and our heroin [sic].”

Vuyani Thwala joined in: “Leave the ANC aside Mpofu, you destroyed her marriage and her career itself but you claiming to love the woman …. uzofa ushunqa kwedini (You’ll die young man)

Ngcebo Mkhwanazi told him: “After you had your way with her usuthi ‘umama’ hasuka (Now you call her ‘mom’).”

Anella Bota had perhaps the most cutting comment of them all: “Unembeko kodwa shame ndiyakuncoma, into yoba ulale naye ayithi uyekile ubangu mama (You have discipline, I give it to you. The fact that you slept with her doesn’t mean she stopped being a mother). Good boy.”

In the 1990s, a letter emerged signed only ‘It’s me’. It purportedly revealed how Madikizela-Mandela’s relationship with Dali Mpofu – who was nearly half her age at the time – allegedly contributed to destroying her marriage to Nelson Mandela.

It disclosed that at one point Mandela refused to speak to her for five months because of the alleged affair.

Handwriting analysts felt the letter was written by her, and it apparently revealed her obsession with the young lawyer who had formed part of her defence team during her trial for the kidnap and assault of Stompie Seipei.

In the letter she allegedly referred to the mother of Mpofu’s child as a “white hag” and accused Mpofu of not being faithful to her.

The letter is understood to have also said, among other things: “The only time you have time to talk to me is about women ofeba nabo (a Xhosa term meaning ‘women you are having sex with’), as you are doing right now. You are supposed to care so much for me that the fact that I haven’t been speaking to Tata for five months now over you is no longer your concern.

“I keep telling you the situation is deteriorating at home, you are not bothered because you are satisfying yourself every night with a woman.”

It also said: “I won’t be your bloody fool, Dali.”

There were also alleged revelations in the letter that she had allowed Mpofu to draw social welfare money from government improperly.

Both of them were investigated in this payments scandal.

Mandela divorced Winnie in 1996, though they were separated for a long time.