Mam’ Winnie remembered as a strong and courageous leader

Madikizela-Mandela's great-grandchildren took turns remembering 'Big Mommy' as the pillar of their family. 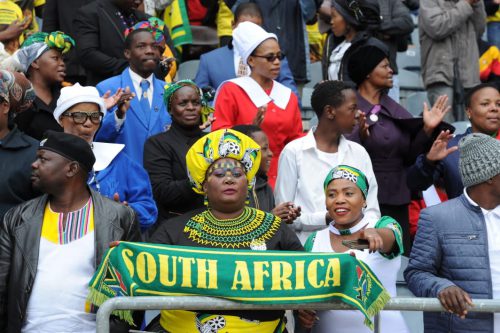 “It was also a Wednesday morning when we flooded the streets in June 1976. Winnie was our elder, and I was only 16 years old,” reminisces a family friend of the late anti-apartheid struggle stalwart Winnie Madikizela-Mandela.

She was in tears, but animated, as she told The Citizen the story from the bleachers at Orlando Stadium at the struggle icon’s memorial in Soweto.

Winnie was not afraid of police, and confronted them head on, daring them to shoot, the family friend explained. She was referring to the moments after Hector Peterson was shot and Madikizela-Mandela had come running from her house.

Later at the memorial, Madikizela-Mandela’s great-grandchildren took turns remembering ‘Big Mommy’ as the pillar of their family. Grandson Bambatha Mandela spoke of the last tender moments they shared together in the hours leading to her death.

The crowd exuded a mixed mood of celebration and grief, and grandchild after grandchild took to the podium. Not nearly half-full, the stadium was abuzz with song under the intermittently blazing sun.

Poet Mzwakhe Mbuli remarked that Madikizela-Mandela was not a stranger to pain. “The spear has fallen,” he said. His poem moved the red-and-white clad ‘Manyano’ women from the struggle icon’s Methodist Church to tears as the crowd cheered Mbuli on.