Thousands of mourners lined the streets of Orlando West yesterday as the body of Winnie Madikizela-Mandela was taken to her home. Orlando West came to a standstill yesterday as thousands of people lined the streets – forming a guard of honour – as Winnie Madikizela-Mandela’s body was taken to her home for the last time.

The mood swung from festive to sombre as the coffin covered by the ANC flag and carried by her fellow comrades, was nearing the house.

Members of Umkhonto we Sizwe led the parade, followed by a convoy of close family members and a massive police escort. 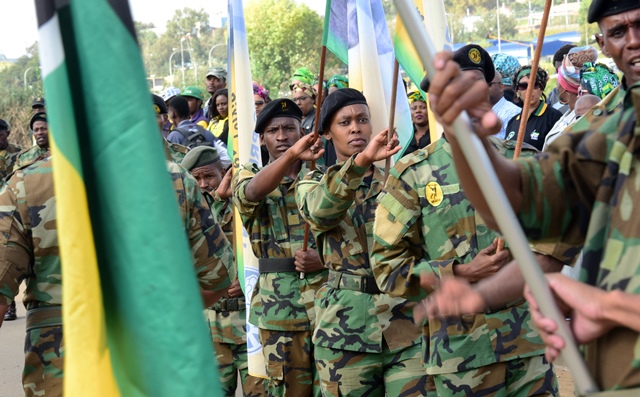 Trade union boss Zwelinzima Vavi could barely hide his emotions when he spoke to The Citizen. He described the event as the moment reality finally sunk in – she really is gone.

“When somebody dies there is a time when you are still in denial. But now that we are coming to receive her body, it should be dawning on everybody that this is something no one can change.

“This is a very sad moment for everybody in South Africa. Winnie is a friend of all of the people who struggled. She fought for us to be where we are as a country today and it’s a very sombre moment. I was with the family inside when others were going to the mortuary to fetch her body. It’s a tough time. Very difficult.” 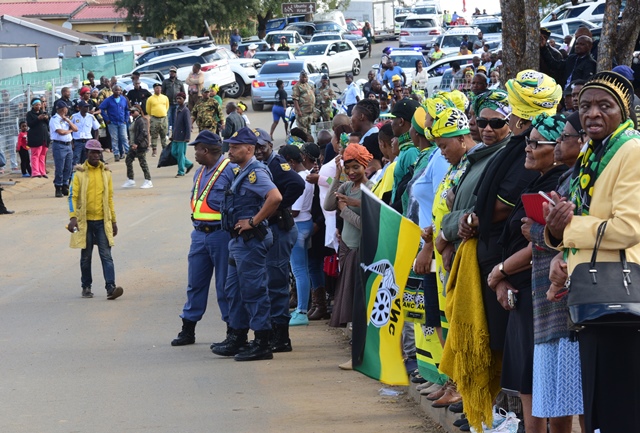 A night vigil, known in the Xhosa tradition as umlindo, was being prepared and as a member of the Methodist Church’s Women’s Manyano, her jacket was expected to be put near the coffin and her church sisters would join the family in mourning.

Barbara Nkomo, 52, who lives down the road from Madikizela-Mandela’s house, arrived for the guard of honour in traditional Zulu regalia, as did many female supporters.

“I knew Mama. We went to the same Methodist Church. We all wear the red jacket. Here in Soweto, she was known and loved by everyone. She used to hug everyone and she has done a lot of work around here. My heart is sore because I saw her all the time. I spent a lot of time around her,” she said. 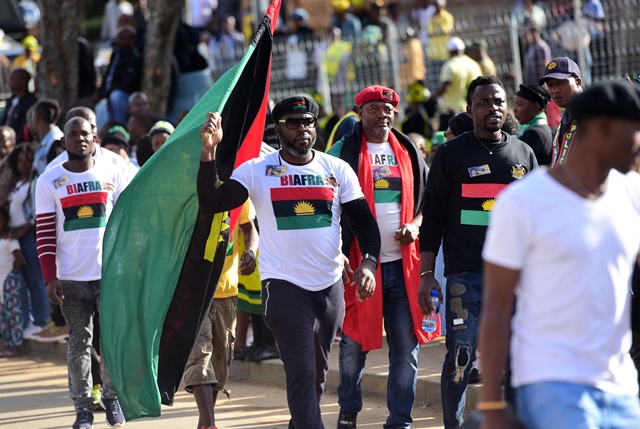 Government has organised for 600 buses to transport mourners from different parts of Gauteng today. The buses are expected to depart from various townships from 4.30am. No cars will be allowed in and around Orlando Stadium and mourners have to park at the Nasrec Expo Centre opposite gate 1 and 2, from where shuttle buses will ferry them to the stadium.

She will be buried at the Fourways Memorial Park.

Yesterday police warned Fourways residents, particularly those near the cemetery in Craigavon, that there would be a 19-gun salute as this is a Special Official Category 1 Funeral.

“This means that extremely loud bangs will be heard in that vicinity that may have an effect on people. Special care should be given to people suffering ill-health, the elderly and little children,” read the statement.

“Owners of pets are advised these loud bangs are likely to severely agitate animals and therefore special provisions should be made for them for the duration of the funeral ceremony.

“We are expecting inclement weather and urge mourners to exercise extreme caution.”