According to Alex van Niekerk of SANRAL, the billboards are built on national roads and in his opinion, they are illegal. 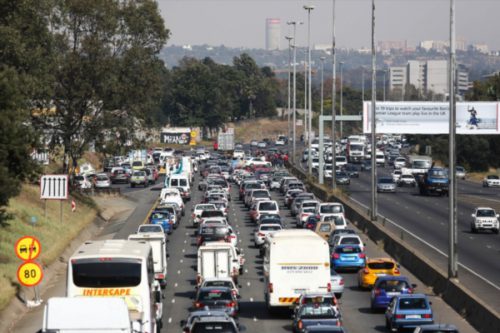 The SA National Roads Agency Ltd (Sanral) is in dispute with the Ekurhuleni Metropolitan Municipality following what it says is the illegal re-erection of advertisement billboards by businesses on national roads.

Alex van Niekerk, Sanral’s project manager for, among others, the Gauteng Freeway Improvement Project, said the billboards pose a risk to motorists because it compromises the strength of bridges in the area.

Van Niekerk said Sanral was in the process of discussing the matter with the municipality.

“The billboards are built on national roads. In our opinion, this is illegal. Construction companies need to first get approval from us before doing this. In this particular case, approval was not granted,” he told The Citizen.

Van Niekerk said the affected bridges and highways were on the N12 Sam Green Bridge in Bedfordview, the N3 highway in Germiston and the R21 towards the OR Tambo International Airport.

“Within the municipality, there are agreements that the billboards should be removed, and others are disputing this and disagree for their removal.”

Bedfordview councillor Jill Humphrey said this was a matter of great concern because of the engineering strength of billboards.

“Sanral is in litigation to stop the ongoing re-erection of billboards because of their danger,” she said.

Humphrey said Sanral recently removed 11 billboards but a construction company was in the process of putting them up again.

“Ekurhuleni is not doing anything about this. They are merely supporting this construction company,” she claimed.

Humphrey is also concerned about the R24 freeway near the Gillooly’s interchange. “The road has multiple splits and has endless accidents. This is dangerous,” she said, noting Sanral and Ekurhuleni by-laws, which do not allow for erection of billboards on national roads.

However, Ekurhuleni Municipality spokesperson Themba Gadebe said the city was unaware of the case.

“This has nothing to do with the city. When you erect a billboard, you speak to Sanral. Sanral is in dispute with the construction companies … not us,” he said.