The DA's Renaldo Gouws says he recorded the chaos in the council meeting to get evidence because he felt his life was in danger. 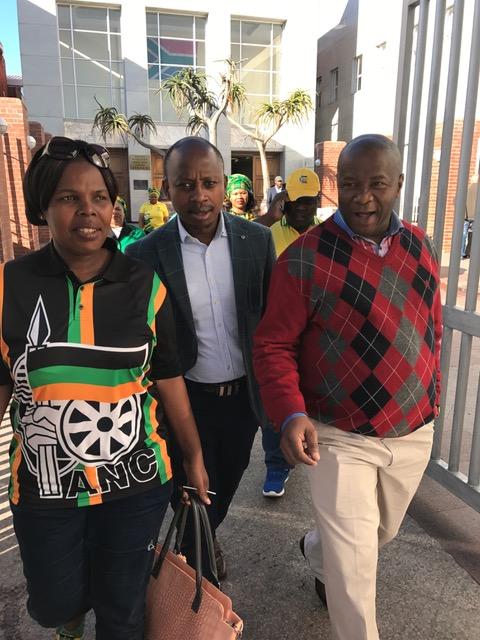 A Nelson Mandela Bay Democratic Alliance councillor is still filled with disbelief by the actions of his ANC counterpart and political heavyweight Andile Lungisa who, in October 2016, violently smashed a glass jug over the head of committee transport member Rano Kayser during a chaotic council meeting.

With video footage of the incident making waves on social media at the time, councillor Renaldo Gouws, who recorded it, said his decision to do so was to provide evidence of the pandemonium because he felt his own life was in danger.

The violent fracas saw blood being shed while other councillors received trauma counselling.

In handing down judgment, Magistrate Morne Cannon said: “I should make it clear that this is not a political matter but a clearcut criminal case.”

He was impressed with the evidence led by the councillors, adding that it corroborated the footage.

It was clear Kayser did not hit nor intended to hit Lungisa, said Cannon.

Gouws yesterday told The Citizen he was in the meeting when the incident took place.

“I could see the meeting was deteriorating into chaos so I decided to record it on my cellphone as I didn’t feel safe and wanted evidence in the event that something happened to me,” said Gouws.

“I respect the court’s decision in this regard and I believe that the guilty verdict is fair. The video evidence is overwhelming and anyone that has viewed it can see that Andile Lungisa was the one that caused havoc in the council chambers.”

Gouws said he believed violent outbursts as seen in recent times “are due to the ANC failing to accept the fact that they are now in opposition in Nelson Mandela Bay”.

“They are trying their utmost to make the city ungovernable at all costs. And, in their opinion, an effective way of doing this is by disrupting council meetings so that no decisions can be taken. The problem with this tactic is that the residents are the ones that suffer.”