Mixed reactions pour in as Tweeps gear up for the anticipated #SAFTUstrike tomorrow. 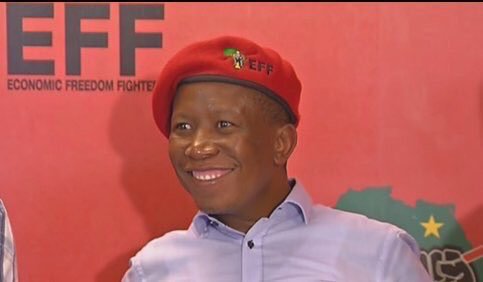 The South African Federation of Trade Unions (Saftu) is leading a strike against the national minimum wage tomorrow.

Saftu has dubbed the looming strike action as their response to “the biggest attacks on working-class people, since the end of apartheid”.

The massive strike action prompted mixed reactions on twitter, with many nervous at the thought of a gridlock of protesters expected to arrive at city centers tmorrow morning.

The federation says the proposed minimum wage of R20 per hour or R3 500 a month is too low and reassured patrons that the strike will be peaceful.

Tweeps had a lot to say about the expected national strike.

Some of us we still new at our companies and we've been already warned that we have to come to work tomorrow if we wanna keep our jobs #SAFTUstrike pic.twitter.com/Uz1I6zdzKy

Countries like ours with 40% real unemployment shouldn't be striking and bringing an economy to a standstill. Even if demands are met, its great for those that are employed, but results in MORE unemployment as businesses cut back on staff and dont hire. #SAFTUstrike

At the begining of april everything increased except salaries even when they get increased it's by a smaller percent than the rest. Hell I support #SAFTUstrike

A message circulated on social media saying those not participating in the strike should rather stay indoors.  The message was reported to be fake.

Just received this via WhatsApp. I'm not sure if its real or just malicious fear-mongering by some bored person. Any truth to it? @Zwelinzima1 @ParliamentofRSA #SAFTUStrike pic.twitter.com/QE56Qyl7fJ

#SAFTUstrike my boss heard siya my colleague saying loooooong weekend is looming since this strike and now he offered to pay uber for us 2mrw….some people ba phapha,damn pic.twitter.com/7IW1gbYjZU

Some questioned the strikes purpose.

Others hoped the day was on Thursday eyeing the looming extended weekend.

This is poor planning why wasnt the strike scheduled for Thursday via long weekend hai
…#SAFTUstrike pic.twitter.com/LM0zMCJsPI

While others had sinister intentions.

I got my bakkie ready, as my ninjas plan to raid liquor stores and butchers as we prepare for the long weekend food and refreshments #SAFTUstrike pic.twitter.com/chBpDOPTpf