A community leader claims listeriosis didn't come from Enterprise Foods, but from polluted sewage water being put into river systems. 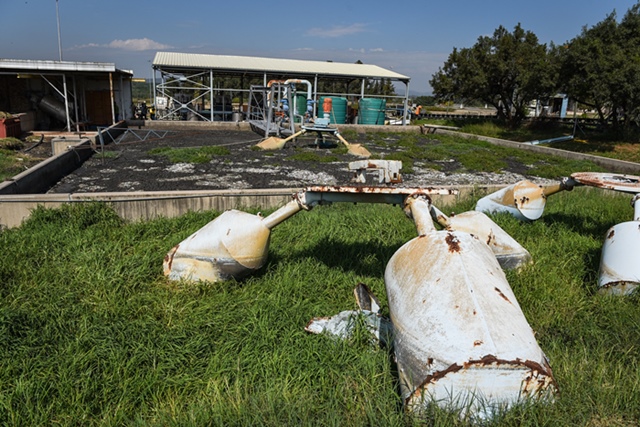 A view of the dilapidated Rooiwal Water Treatment Plant during a press briefing with members of the ANC around the deteriorating conditions of the waste water treatment plant, 3 May 2018, Pretoria. Picture: Jacques Nelles

Stagnant sewers, rusty machinery and sludge are evident at the Rooiwal waste water treatment plant in Pretoria, a clear indication that the treatment plant has not been fully operational for months.

Despite Tshwane MMC of utility services Darryl Moss telling The Citizen earlier this week that the plant was fully functioning, at a site visit yesterday, there were no staff members and half of the machinery was covered in cobwebs and rust.

Due to the stationary machines, waste and sludge from the sewer system is poorly processed, with waste and faeces flowing into the Apies river, polluting the water and leaving a stench in the air around the Rooiwal area, said region 2 community leader Andre Potgieter.

Since the DA-led administration came into power in 2016, the plant had been at a standstill, Potgieter claimed. He said the polluted Apies river water, which was used for agricultural purposes, has left farms in the area with no crops and workers with no jobs.

“Tshwane is now supplying water that cannot be used for agricultural and human consumption. We have listeriosis which is bred in untreated water. It is not Enterprise Foods. It’s right here in the capital city where polluted sewage water is blatantly put into the river systems,” he said.

The foamy Apies river, with faeces, sanitary towels and used condoms which made it through the plant, flows to the Temba water purification plant, where it is purified for consumption by the people of Hammanskraal.

Shadow MMC of utility services and Hammanskraal resident Jane Makgatho accused Moss of “lying” to her when he promised the plant would be fully operational by Wednesday.

She said the city blamed cable theft for the plant’s deteriorated state, but the area had no security guards yesterday.

“All they are saying to the people and to us as councillors is lies and they are shifting the blame on cable theft. The city cancelled the contract with security companies and said they would put metro police here, but they are nowhere to be seen. The City of Tshwane doesn’t care about the health of the people,” she said. 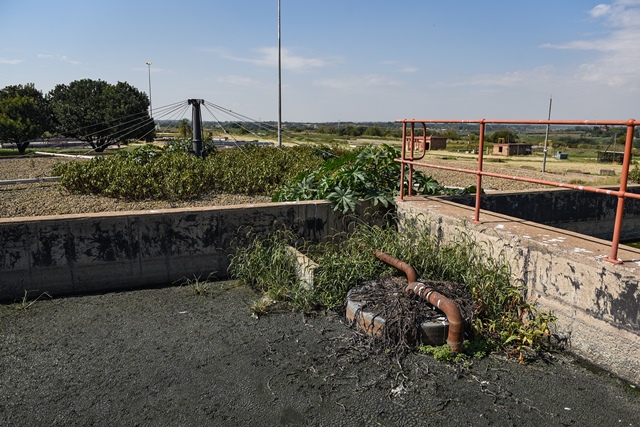 Moss admitted that the plant, which was designed to handle 245 million litres of sewerage per day, has not operated as it should since 2006. He said only small changes were made by the new administration last year.

“Last year, we made some small changes to the plant, predominantly in terms of chemical dosing to improve the sludge settling.

“Since then, we appointed a consulting engineer, who completed designs for electromechanical upgrades on the sludge side. The one predominant problem is sludge handling,” Moss said. A water tanker is seen being filled up with water from the Rooiwal Water Treatment Plant, 3 May 2018, Pretoria. Picture: Jacques Nelles

But he reiterated that the drinking water in the area was safe for consumption since the Temba purification plant used “state-of-the-art technology”.

“The water flowing into Temba dam is not the quality we want. That is true. The water purification is absolute state-of-the-art technology and the water is 96% compliant, above the average 80% compliance set by the department of water and sanitation.”