If Supra Mahumapelo goes, who’s next?

Analysts say there are other prominent leaders who are probably thinking the North West premier's fate is awaiting them too. 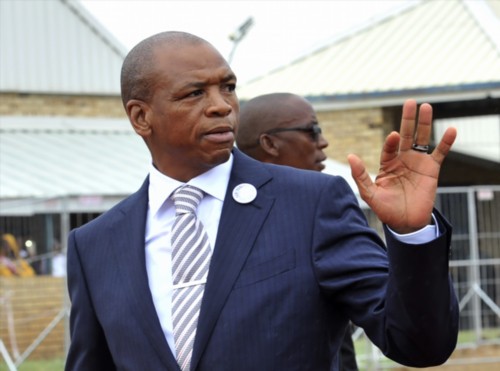 As the ANC continues to deliberate his fate, North West Premier Supra Mahumapelo may survive another week, according to political analyst Somadoda Fikeni.

This, however, is not because his hands are clean.

Mahumapelo is one of several loyalists of former president Jacob Zuma implicated in allegations of state capture by the beleaguered billionaire Gupta family.

Fikeni argues that key ANC national executive committee members in the former Zuma camp, including former Free State premier and current ANC secretary-general Ace Magashule, had to weigh up the pressure to remove Mahumapelo against the possibility that they may be next in line to get the chop.

“Many in the Zuma camp ended up being implicated in state capture in one form or another … People are aware of this domino effect, because if one person falls the next one’s legs will be weak. You can only imagine what is going on in the head of Magashule right now,” he quipped.

“It all depends on the balance of forces in the ANC for the simple reason that this situation is bigger than Supra. There are prominent leaders who are thinking, ‘If Supra goes, I am next’.

“They are not thinking about Supra at this stage, they are thinking about themselves. It’s like a thief sitting on a jury to adjudicate a case of theft.”