Ndou was only 17 when he committed his first rape and had barely turned 18 when he raped the other four victims. 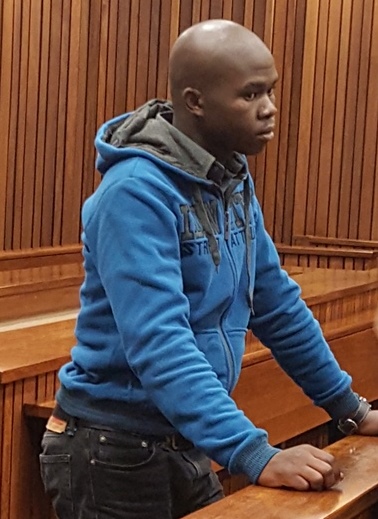 A young Mamelodi man who became known as the “Facebook Rapist”, after luring victims into his clutches using the photo of a famous soccer player, showed no emotion when he was sentenced to 30 years effective imprisonment yesterday.

Judge Eben Jordaan sentenced Sedzani Ndou, 19, to a total of 70 years’ imprisonment on 11 charges of rape and five of robbery. He repeatedly raped, sexually abused and robbed five young women – aged between 15 and 23 – between August 2016 and January 2017.

Jordaan ordered that some of Ndou’s sentences run concurrently and he will effectively have to serve 30 years’ imprisonment.

The state initially asked for life imprisonment on some of the charges, but Jordaan found that there were substantial and compelling reasons to depart from the prescribed minimum sentence.

Ndou was only 17 when he committed his first rape and had barely turned 18 when he raped the other four victims.

He had used the picture of a soccer star to befriend his victims on Facebook, obtained their cellphone numbers and then convinced them to meet him at a shopping centre.

At the meetings, he pretended to be the soccer star’s cousin who was going to take the young women to meet him. But he instead took them to deserted spots where he raped and robbed them. Many of the victims were forced to have oral sex with him before he raped them.

Ndou was only caught when one of his victims set a trap for him and called in the police. In court, Ndou admitted raping and robbing all of his victims.

A social worker said in a report Ndou came from a poor family and was bullied at school. His family and pastor described him as a God-fearing young man and said they were shocked that he could have committed such horrible crimes.

Ndou told the social worker he did not know why he had committed the crimes, but suspected dagga may have influenced him. He said he was relieved when he was caught because he felt he would have continued with his crimes.

Ndou’s family supported him in court, but the mother of one of his victims said bitterly that she would have expected him or his family to at least apologise to her and her daughter.