The leading inspected healthcare facilities in the province are the Laudium Clinic followed by the Danville Clinic. 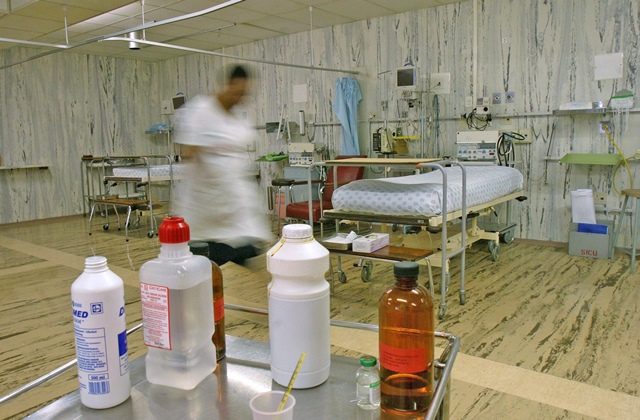 An empty ICU ward at the Helen Joseph Hospital in Westdene, all the patients were transferred to Coronation Hospital and Baragwanath until power cuts are over.

Gauteng’s hospitals and clinics scored the highest in the country in terms of performance and compliance – despite recent reports of the province’s health system heading for a disaster.

The Office of Health Standards Compliance (OHSC) presented the findings of its 2016/17 annual inspection report, which showed that the province’s hospitals, clinics and community health centres were leading in terms patient safety, infrastructure, and clinical support services.

Out of the 696 inspected healthcare facilities, five received a score of 80% and above. Three of them are in Gauteng.

The leading inspected healthcare facility was the Laudium Clinic, receiving the highest score of 83%, followed by Paarl Hospital in the Western Cape at 81% and Danville Clinic in Pretoria.

“A score of 80% and above would be for facilities that were fully compliant when they were inspected,” said OHSC chief executive officer Siphiwe Mndaweni.

The worst-performing and noncompliant provinces were Limpopo and Eastern Cape, with the lowest score of 20% given to Limpopo’s Lephepane Clinic.

“The lowest category is less than 40%. That doesn’t mean those facilities are not providing services. They are still fully functional and provide services, but there are areas of concern.

“What we do is quality assurance. We leave the facility with findings and it is up to the district and province to ensure they come up with plans to improve that.”

Last week, Health Minister Aaron Motsoaledi admitted that the country’s health system was distressed in terms of shortage of staff and medicine, with a high number of HIV, TB, cancer and diabetes patients. But the minister denied it was facing a complete collapse.

Mndaweni said the country’s healthcare system was not in a shambles, but it was also “not okay.”

“One can’t say it’s in complete disarray, but we can’t sit and pretend everything is okay. There are issues that are dire and serious and should be attended to.”

“But it is important that the results are interpreted in the correct way,” she said.

Inside the appalling conditions at Limpopo's Roossenekal Clinic
1 month ago
1 month ago
PREMIUM!

Inside the appalling conditions at Limpopo's Roossenekal Clinic
1 month ago
1 month ago
PREMIUM!