While illegal diamond diggers in Kimberley are getting licences, this won't work for illegal gold and chrome mining where large syndicates are involved. 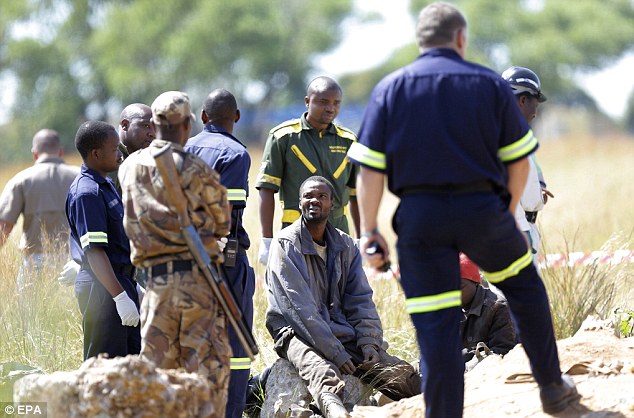 Illegal gold miners getting arrested in the area between Langlaagte and Roodepoort, Johannesburg. Picture: supplied

While illegal diamond miners in Kimberley breathed a sigh of relief after thousands of artisanal mining licences were handed over last week, an expert says that it is the gold mining black market that is milking the formal industry the most.

Deputy Mining Minister Godfrey Oliphant last week announced that thousands of illegal diamond diggers would be given mining permits as a means to formalise the artisanal diamond mining trade.

A mining site owned by the Kimberley Ekapa Mining Joint Venture made available 400 hectares of land to the Kimberley Artisanal Mineworkers, a group which has been illegally mining extracted diamonds from the company’s site for years.

However, the Chamber of Mines has warned that spreading the concept of legalising artisinal mining to other minerals could harm the industry.

In a response to The Citizen’s request for comment last week, the chamber’s mining council said while it welcomed and supported the decision to grant artisanal diamond miners licences, this was done to service conditions that were specific to that region and this could not necessarily work out in other areas of the mining sector.

In 2016, after several miners died trapped in an abandoned gold mine in Langlaagte, Johannesburg, then mining minister Mosebenzi Zwane vowed to begin the process of giving illegal gold miners permits as a means to formalise that trade.

The biggest sector affected was the gold trade, which according to a 2015 estimate by the Human Rights Commission, formed the bulk of the 30 000 illegal miners operating in South Africa.

The Mining Council argued the circumstances around the decision on diamond mining were too unique to compare to the illegal gold mining industry.

“The decision is the outcome of detailed engagements between the original owner of the mining right, a joint venture involving a minerals council member, the department of mineral resources and the artisanal miners themselves.

“The new rights are subject to a number of conditions, designed to ensure orderly mining processes and outcomes,” it said.

Mining analyst Peter Major of investment firm Cadiz proposed there was more money being milked from the economy, however, from the illegal mining of gold and chrome. “… illegal gold mining is the largest revenue loser for SA and has the most men involved. Illegal chrome mining comes second – and definitely has large professional syndicates involved… With illegal diamond mining a distant third,” he said.

He questioned whether the department could handle as many mining permits as there were artisanal miners.

INFO: It is estimated that at least 1 million tons per annum of chrome is illegally mined and sold.