Kabelo Chabalala, who grew up without a father, founded the Young Men Movement which attracts boys from 23 schools in Mpumalanga. 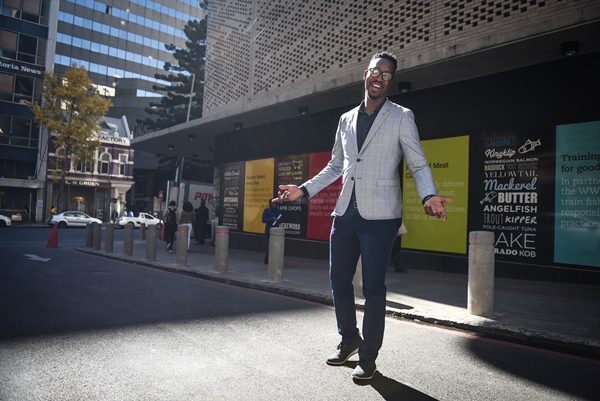 Kabelo Chabalala poses for a picture at the Pretoria News offices in the Pretoria CBD, 20 June 2018, Pretoria. Picture: Jacques Nelles

It was the rage and pain of his dad’s absence that propelled Kabelo Chabalala, 27, to notice other children like him who needed guidance and support in his home village of Pankop.

And now, at least 80 young boys, most without fathers, gather each second Saturday in the Mpumalanga village to read books, clean up the community, share ideas and empower each other under Chabalala’s NGO, the Young Men Movement.

Chabalala, a columnist and layout artist at a newspaper, studied journalism at the Tshwane University of Technology.

“I grew up without a father. It was very hard to hear people talk about their dads every day. At school, when the class would talk about their family vacations, I would lie because we had no dad to take us on vacations. My father was absent and I realised my life and purpose definitely did not revolve around the people who are not there. That propelled me to start thinking of those with no fathers,” he said.

In January 2016, after seeing his younger brother use his spare time to play games with his friends, Chabalala decided to give birth to the Young Men Movement, an initiative to get young boys from the village to break away from stereotypes and become principled men in society.

“I wanted to create a new generation of young men, future dads and leaders that would be more responsible than my dad’s and the current generation.”

Two years later, the movement, based in his hometown of Pankop, has attracted boys aged between nine and 18, from 23 different schools. The boys never miss the opportunity to meet every second Saturday to play games, have inspirational talks and interact with the movement’s four main mentors.

“I always say to them, ‘there is an expiry date for blaming the people that are not in your life for things not going well’. Growing up in an impoverished place is by no means a definition of where you are going to end up. It is a reflection of where you come from, but cannot be a projection of your future.”

But it was also the parents of the young boys that kept sending their children back to Chabalala each weekend, he said.

“They often ask me what I have done to their sons because their children now do chores and homework without anyone asking.” 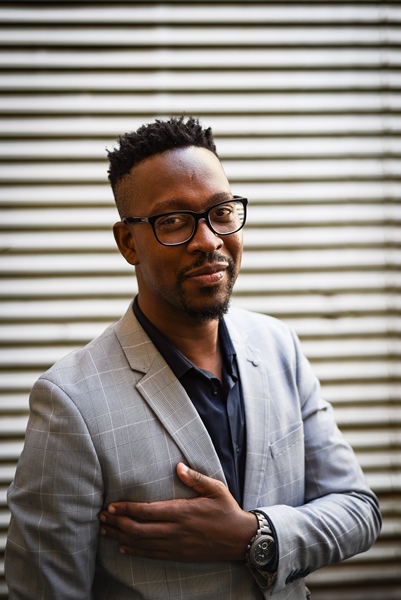 Kabelo Chabalala poses for a picture at the Pretoria News offices in the Pretoria CBD, 20 June 2018, Pretoria. Picture: Jacques Nelles

Reflecting on the recent Father’s Day, Chabalala said it was the first time he did not pray for his father as he passed away in December last year.

“Each year on Father’s Day, I would pray to God to make sure my father was fine wherever he was. This year was strangely different. I received messages from some of the YMM boys, who said I have become like a father figure to them. I am only 27 years old.”

Because of his love of mentoring and empowering his community, Chabalala has been selected out of 10 000 applications to form part of the 200 that will take part in the Obama Foundation Africa Leaders Programme next month, an initiative to inspire, empower and connect young leaders from across the continent.

“A good social foundation will be the best springboard for us to start achieving things. I am looking forward to being in dialogue with other people in Africa to hear their ideas.”

Higher education plans remind us equality is a myth in SA
1 year ago
1 year ago
PREMIUM!

Did you know that there is an International Day for the Boy Child?
1 year ago
1 year ago
PREMIUM!

Higher education plans remind us equality is a myth in SA
1 year ago
1 year ago
PREMIUM!

Did you know that there is an International Day for the Boy Child?
1 year ago
1 year ago
PREMIUM!